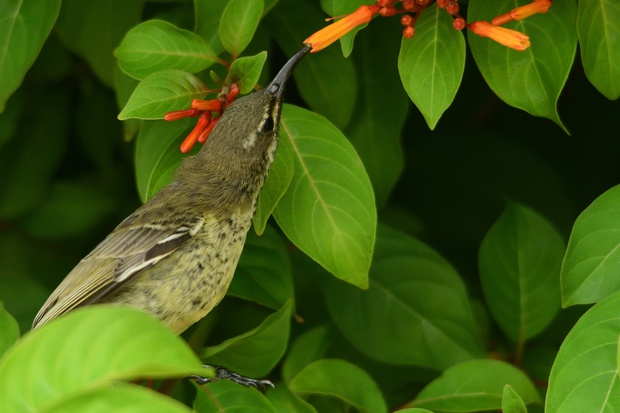 What is a Pollinator? 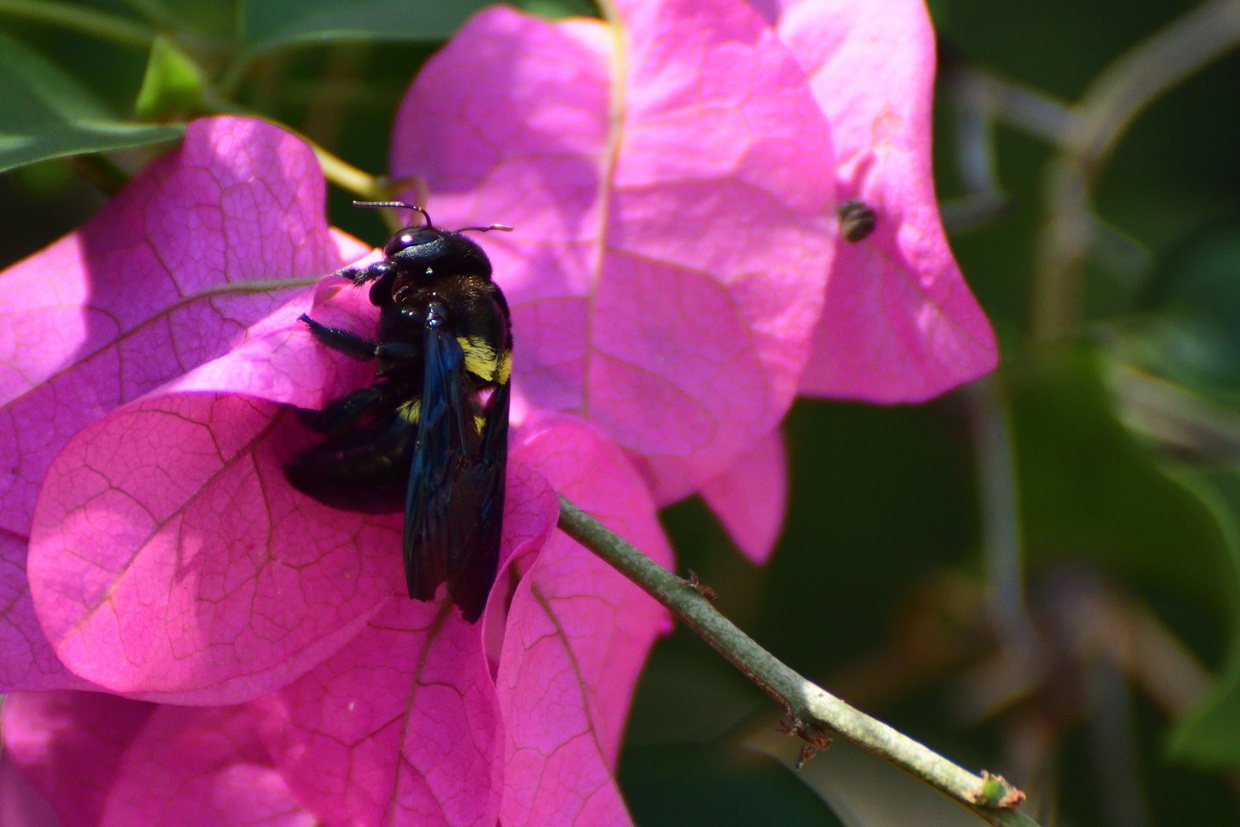 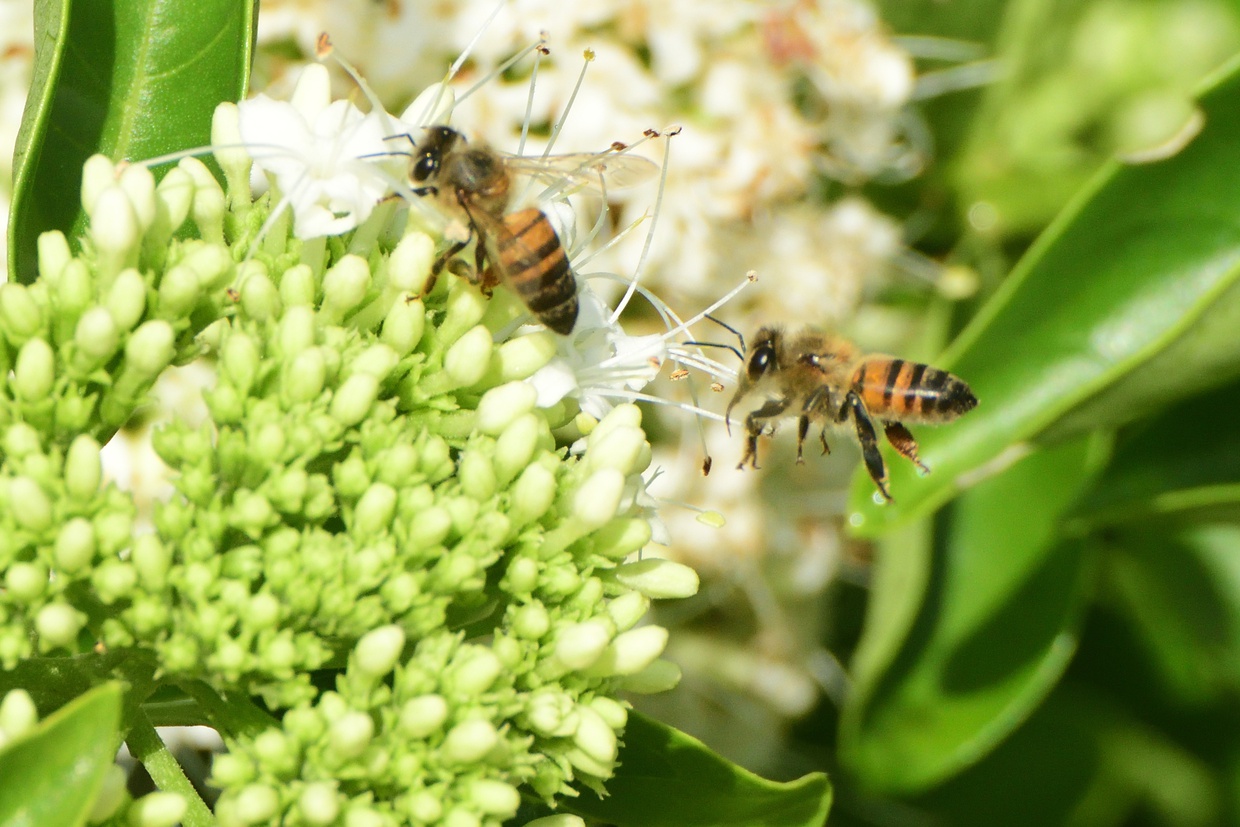 Plants pollinate using various methods; some plants are self-pollinating, and some are fertilized by pollen being carried by the wind and water. However, the majority of plants are pollinated by insects and animals, including but not limited to bees, wasps, moths, butterflies, birds, bats and bush babies.

Plants have evolved to attract different types of pollinators, this is commonly called pollination syndromes. These characteristics include scent, colour and size of the flower, the amount of nectar, what the nectar tastes like, and ultraviolet patterns on the flowers, called nectar guides, as some birds and insects can see ultraviolet light. 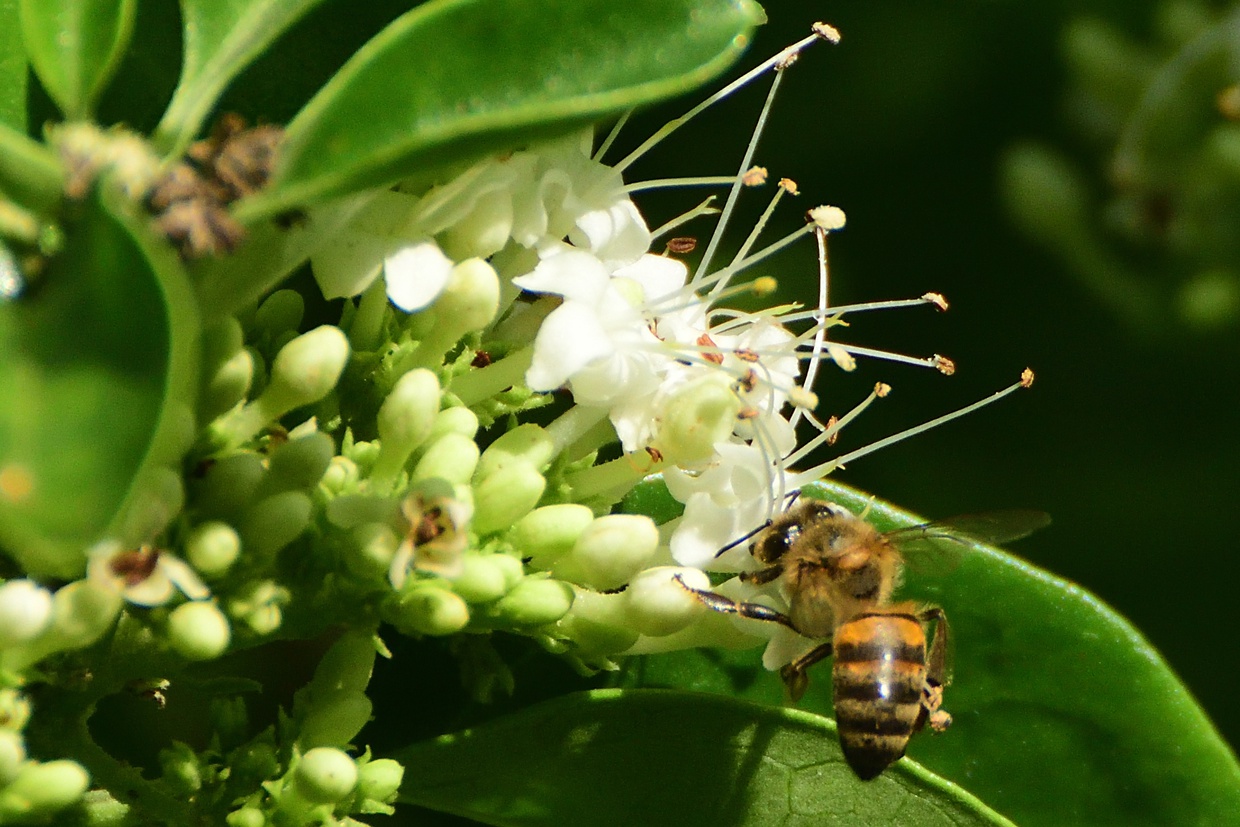 The best known bees are honey bees. There are over 20 000 species of bees found worldwide. Over 90% of bees lead a solitary life and most bees are sting-less.

Bees, typically are hairy or fuzzy and carry an electrostatic charge. Both these features help pollen grains adhere to their bodies.  Honey bees collect nectar and pollen while travelling from flower to flower. The nectar is the energy for bee nutrition and pollen provides the protein, essential to nurture their young. While travelling from flower to flower, pollen is transferred.

It is estimated that around one third of the food we eat rely on honeybees for pollination. 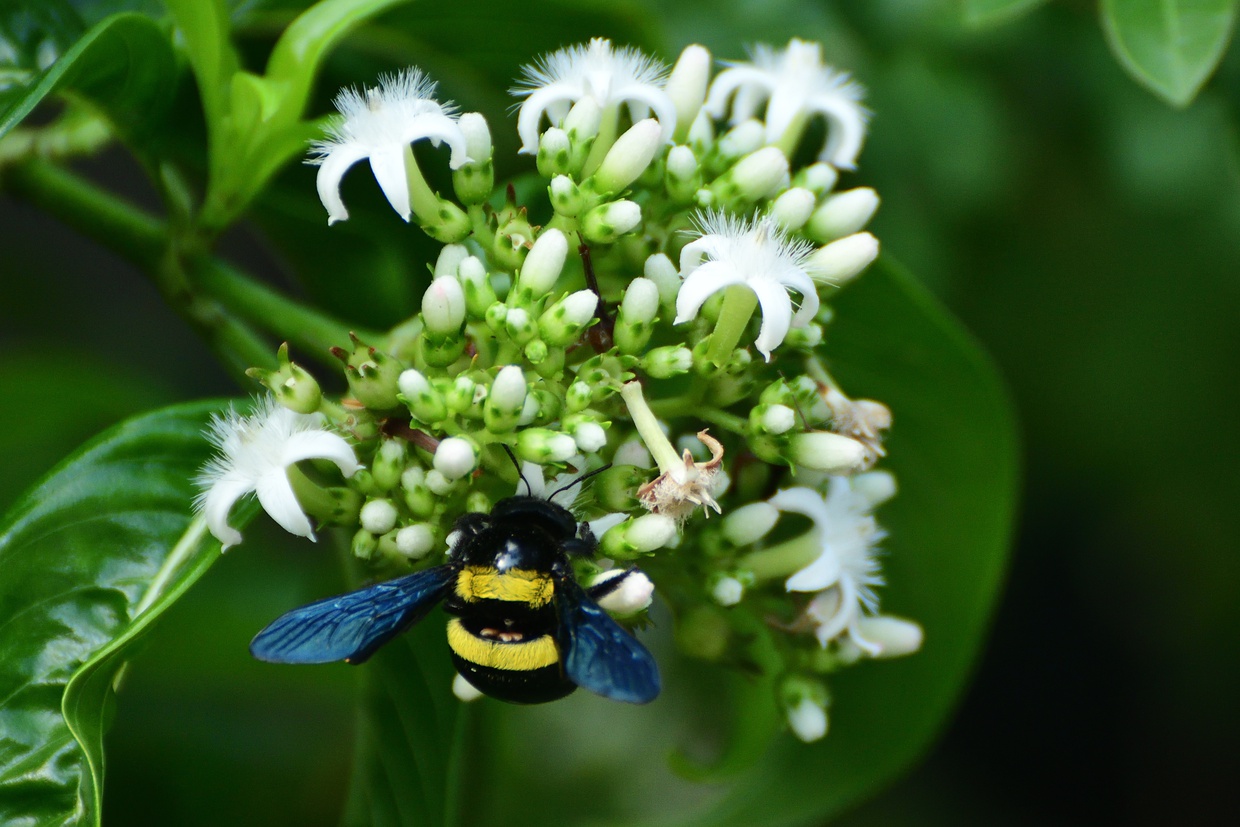 Bumble bees move pollen on their back legs in a structure called a corbicula or pollen basket. Bumble bees are collecting both nectar and pollen to feed themselves and their young. They then, inadvertently, transfer some pollen among the flowers as they are collecting. 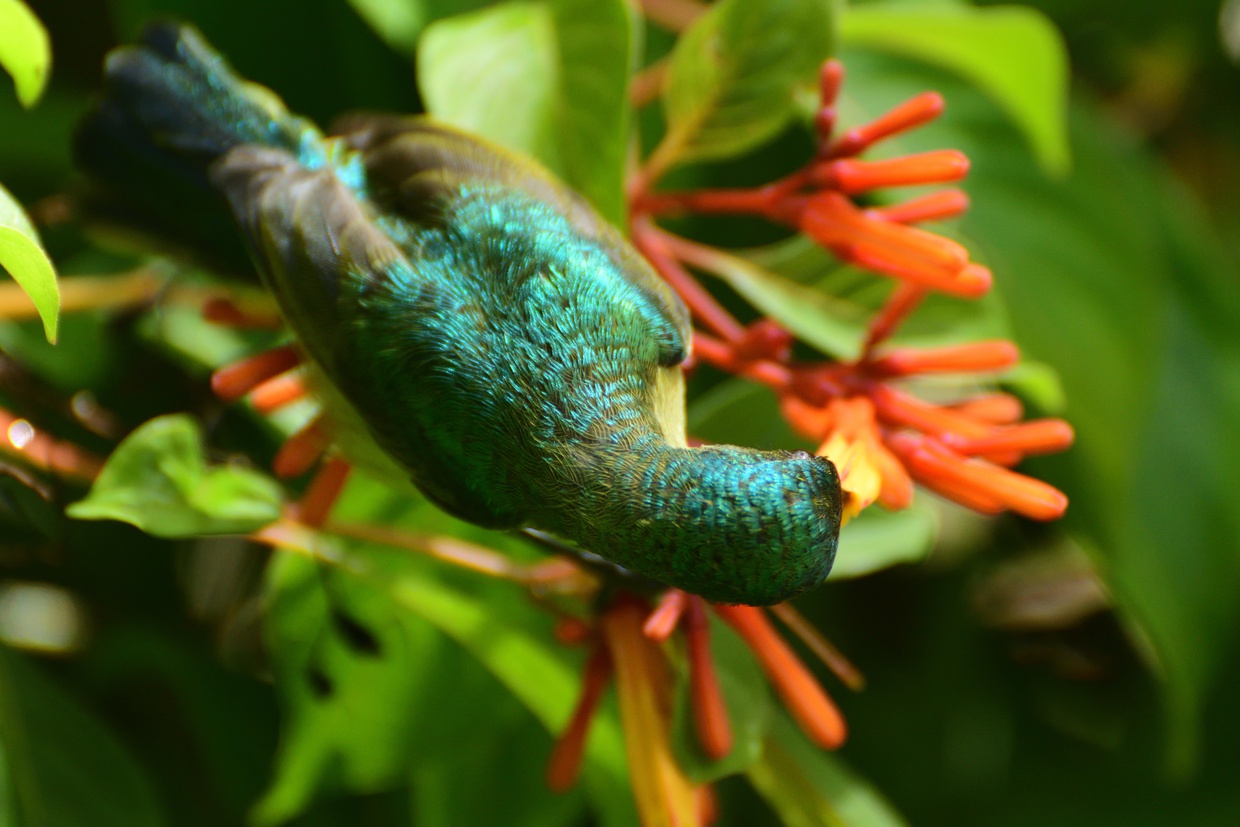 Up to 2000 species of birds worldwide play a role as pollinators. Some birds, like sunbirds and hummingbirds, feed on nectar rich flowers, as they fly from flower to flower, they spread the pollen. 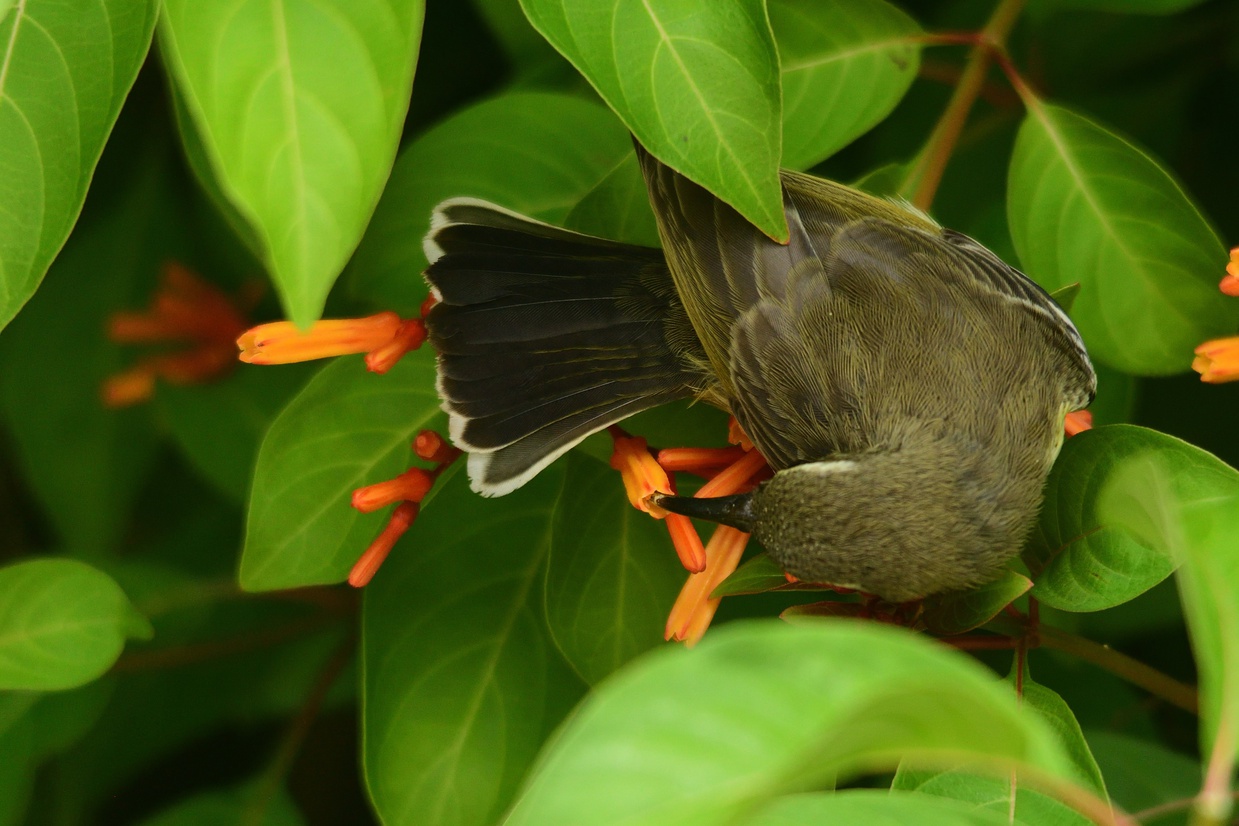 Many different mammals pollinate while feeding in or on the plants. The mammals include mice, monkeys, antelope, squirrels and many more. This pollination is more by accident, with the plants evolving to make use of the mammals.

Bats are one of the biggest mammal pollinators and the process is called chiropterophily. Bats are nocturnal and the plants they pollinate flower at night. The pollen sticks to the bats fur while they feed on the nectar. Bats are long range pollinators, due to their size, they can cover vast distances in a night. The main two plants that bats pollinate in our area are mangroves and baobabs. 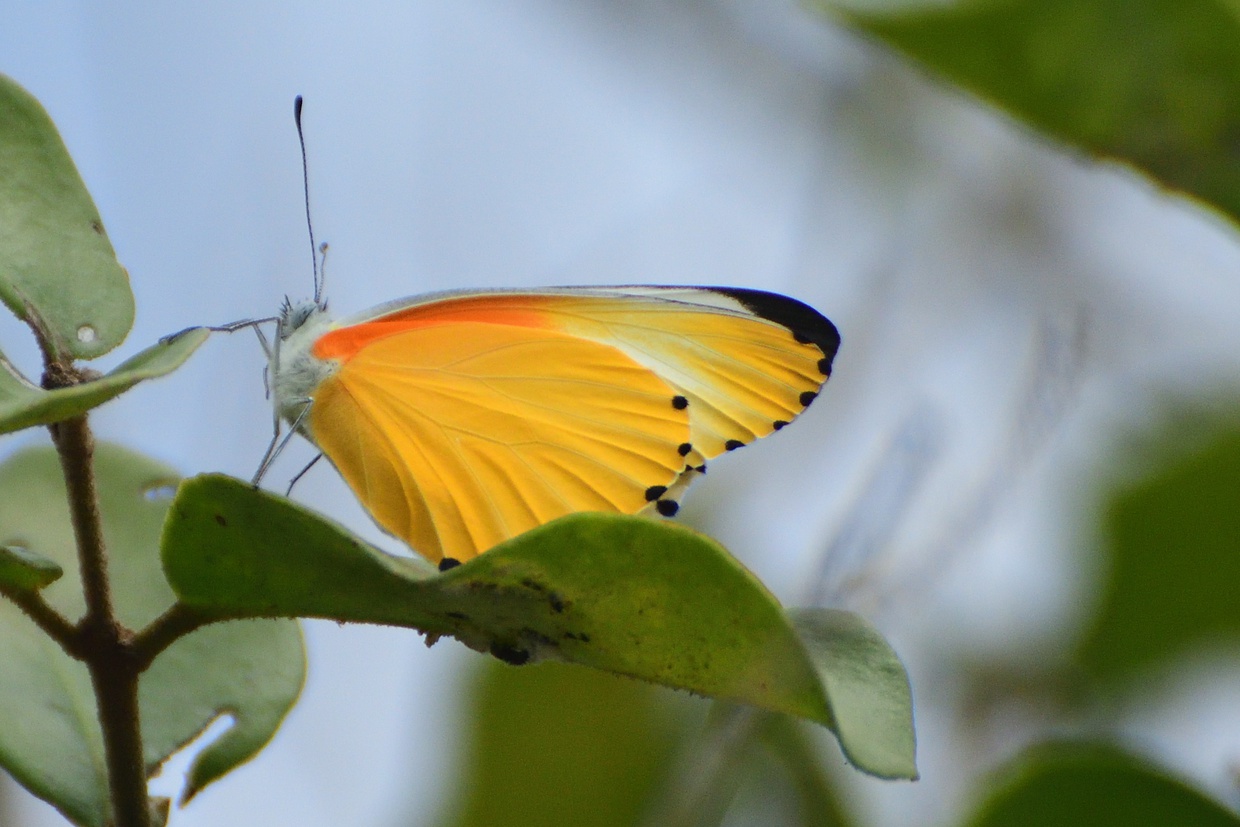 Butterflies and moths move pollen by “accident”.  As they feed and drink from the flower's nectar, the pollen sticks to their bodies, this is then transferred between the flowers. 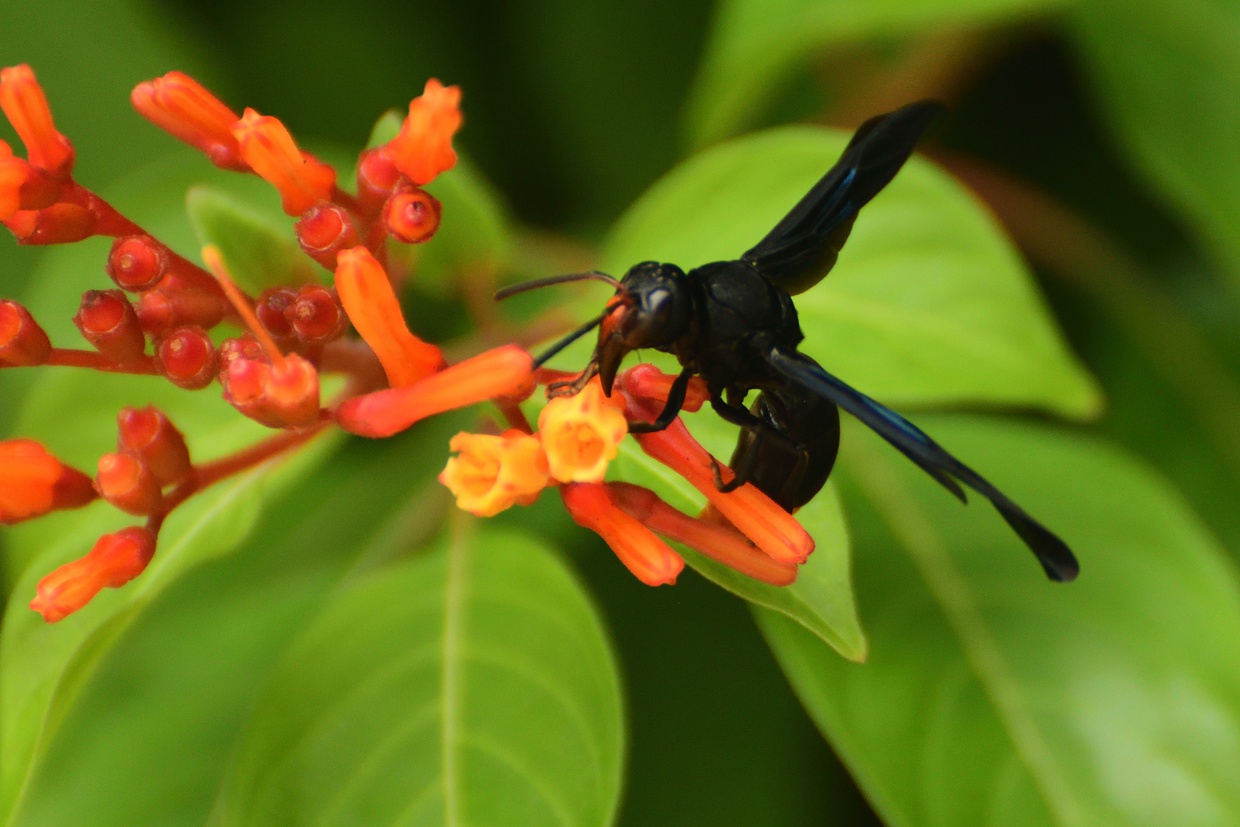 Most wasps are smooth bodied and carry pollen incidentally. From an evolutionary standpoint, bees are simply wasps that are vegetarian. Wasps are very adept hunters, keeping insect populations in balance and managing pests. 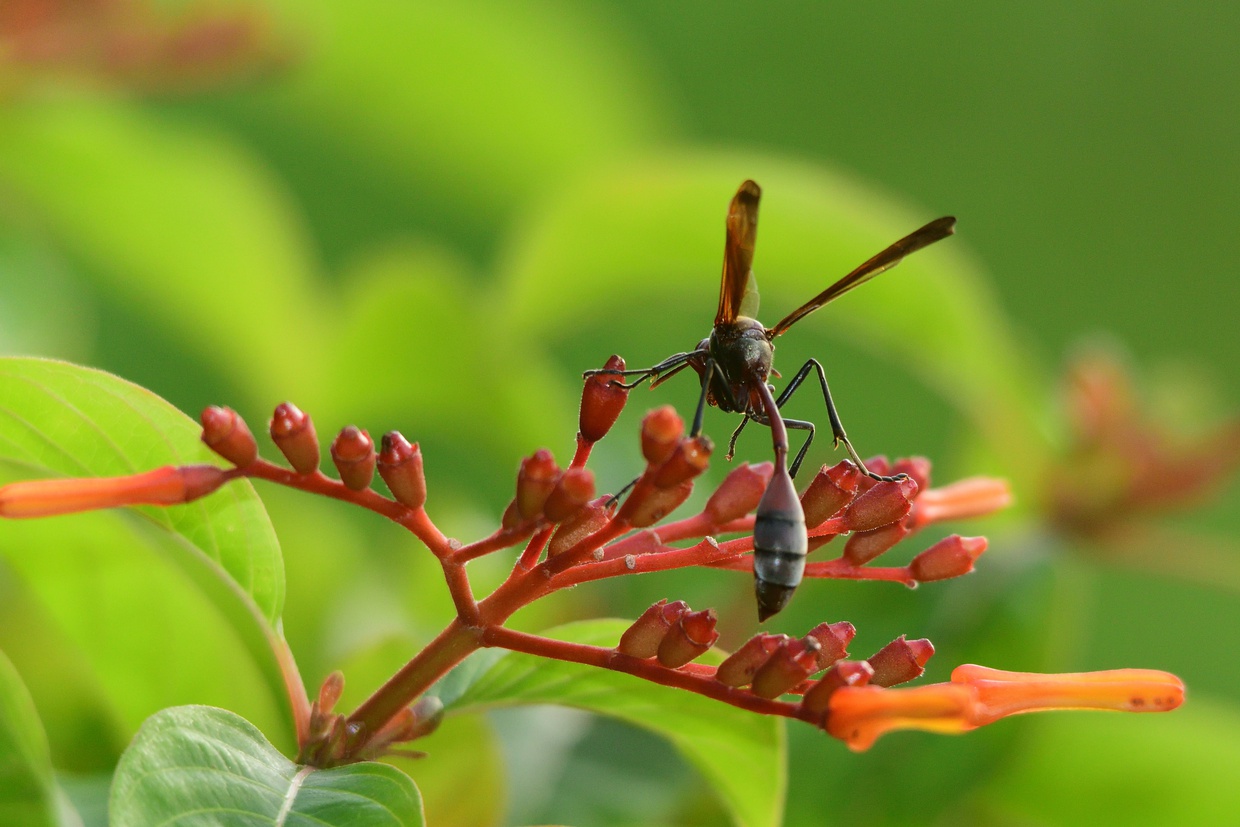 No wasps, no fig fruit, no fig trees. Fig wasps are responsible for pollination of most fig trees, they do this while laying their eggs in the fruit, pollinating the small flowers along the way. 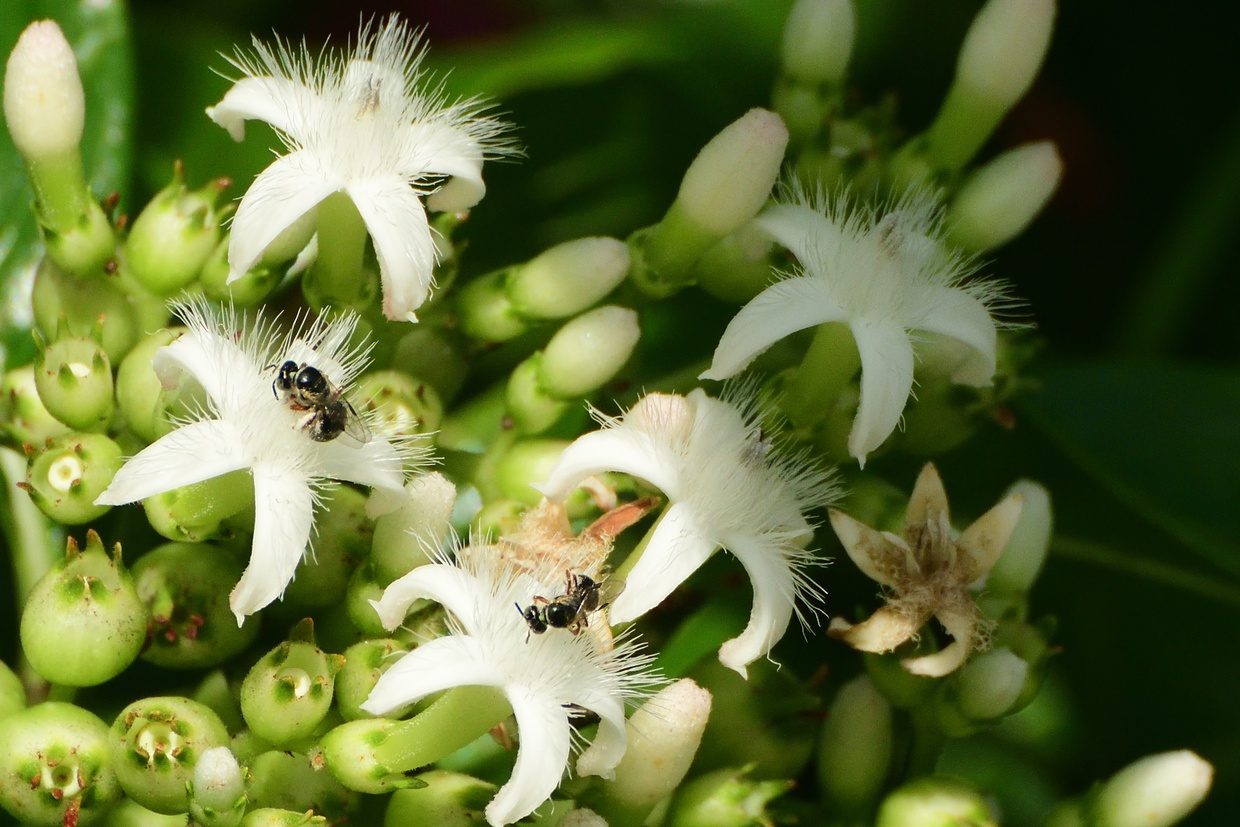 With 85 000 species of flies, they play an important part in overall pollination. They are an important food source for the birds that are also pollinators.

Fly pollination is essential to apples, peppers, mangroves and cashews.

Some plants have evolved to produce a scent like rotting flesh, this attracts flies to ensure that pollination takes place.

Beetles are the most diverse group of organisms in the animal kingdom, as around 25% of all species described in the world is a beetle.

Beetles are the oldest known pollinators with fossil records dating from 150 million years. In areas where bees are scarce, beetles take over the main role of pollination. But, most beetles are considered “dirty” pollinators, as they cause damage while pollinating by eating and defecating on the flower. 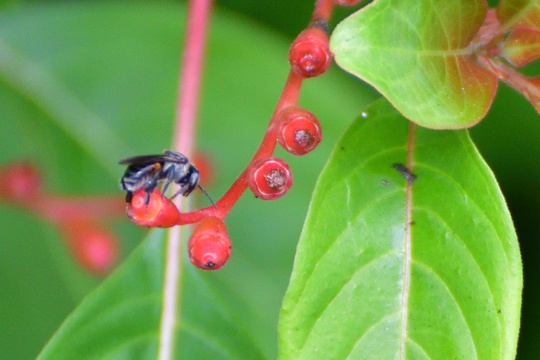 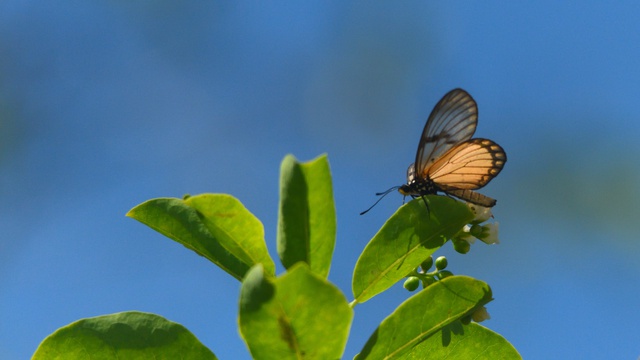 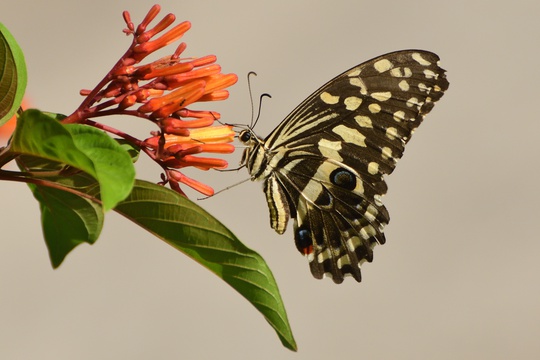 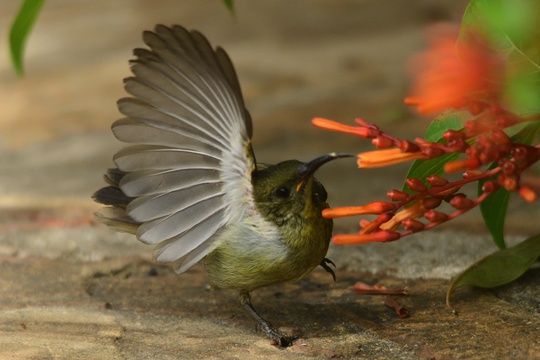 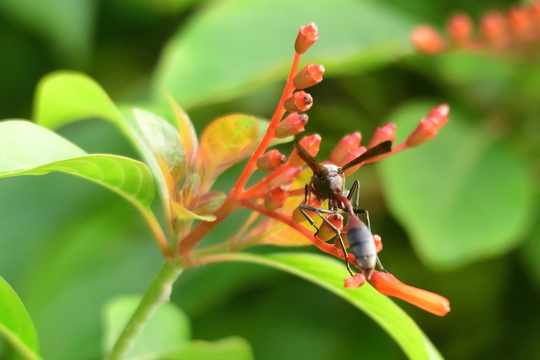 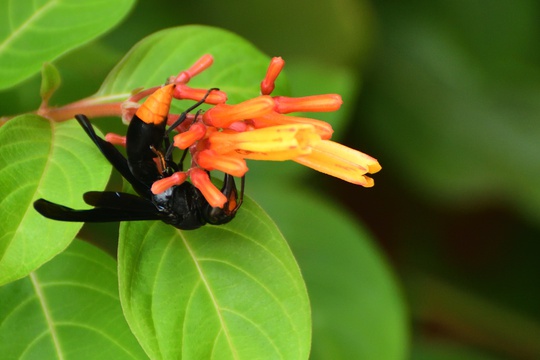 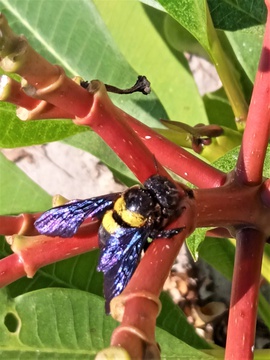