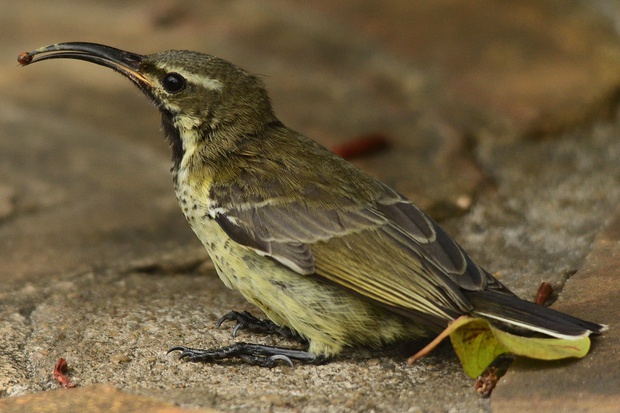 Did you know that sunbirds are omnivorous?

A sunbirds' diet is made up primarily of nectar, around 95%. They will, however, sometimes eat fruit and arthropods (insects and spiders).

Sunbirds need to feed almost continually during the day to meet their high metabolic needs.. 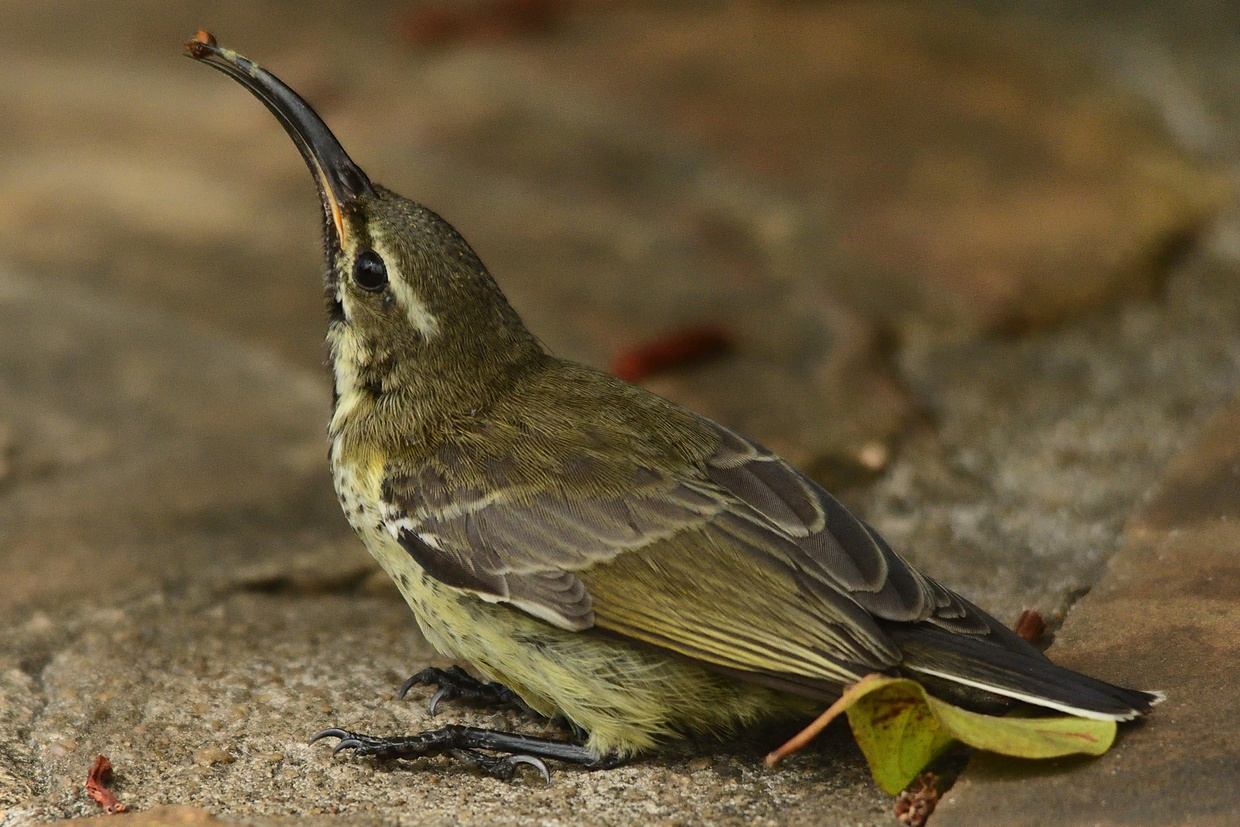 As a young or immature sunbird, insects and spiders are very important due to the protein that is used for growth. Up to fledging, a sunbird chick is fed almost exclusively on insects, including spiders and stingless bees. 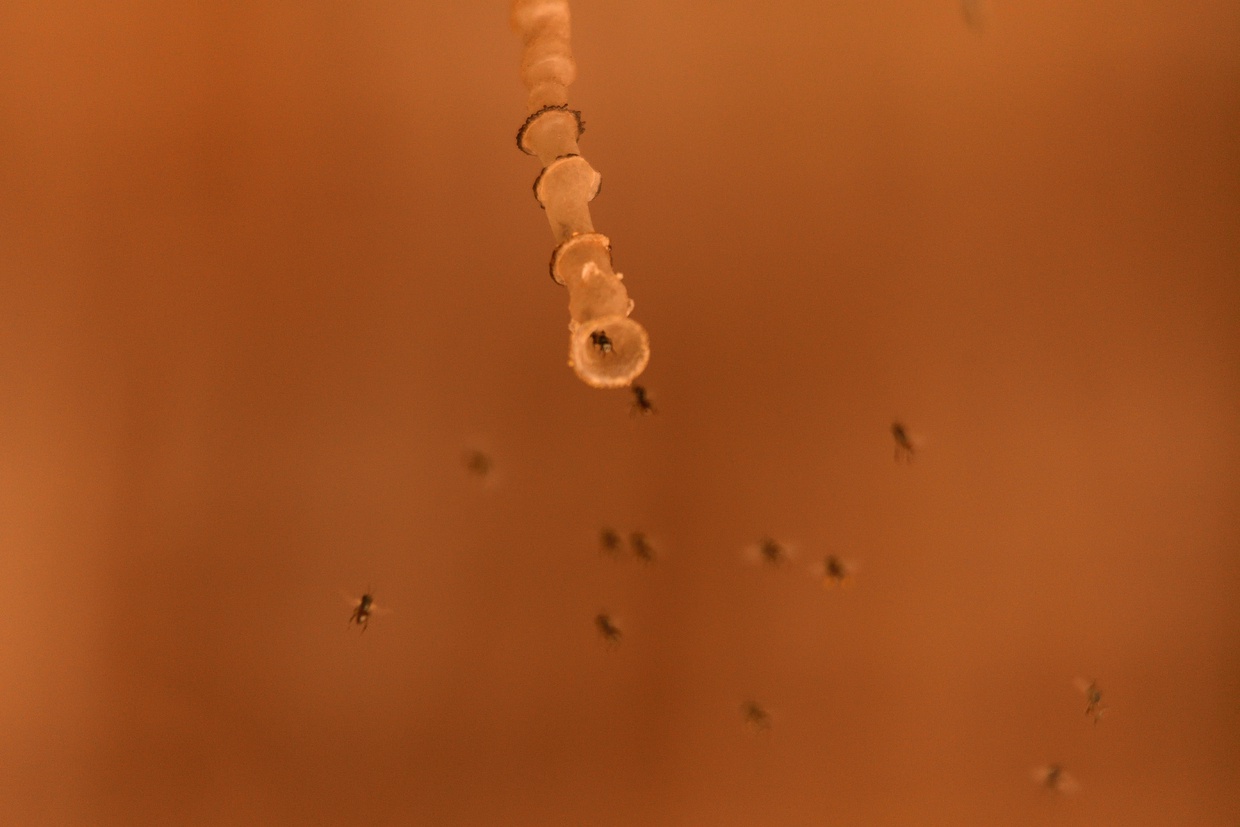 Sunbirds are important for the pollination of many flowers and especially tubular shaped flowers.  Butterflies, bees and most insects are not able to reach the nectar in the lower areas of these flowers.

Sunbird tongues are tubular and covered with bristles to aid with nectar extraction. Sunbirds suck nectar from flowers. 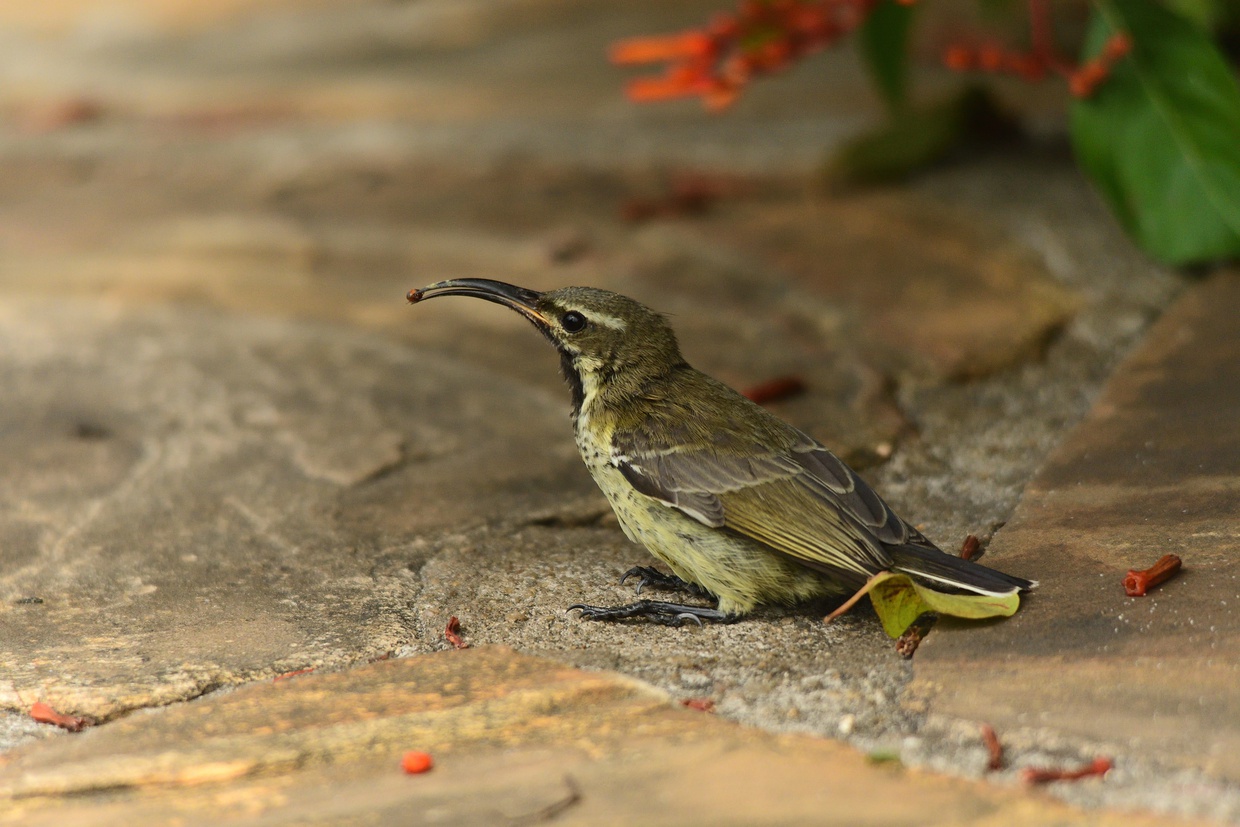 Not only do spiders play an important role as a protein source, but most sunbirds also use spiders web to hold their tiny cup or purse like nest together. 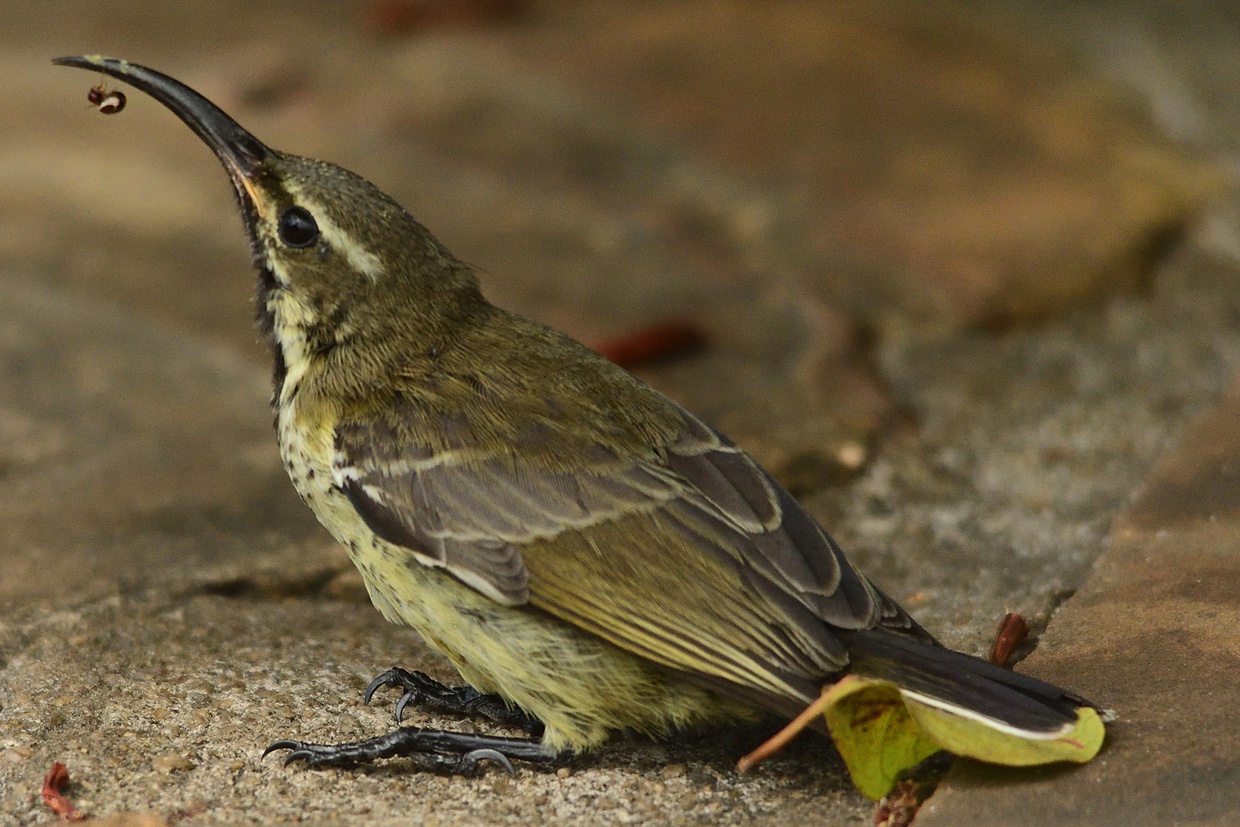 Differences between humming birds and sunbirds

Are humming birds and sunbirds the same?

A hummingbird hovers while feeding, a sunbird perches.

A hummingbird is found in the New World and a sunbird is Old World, they are found on different continents. 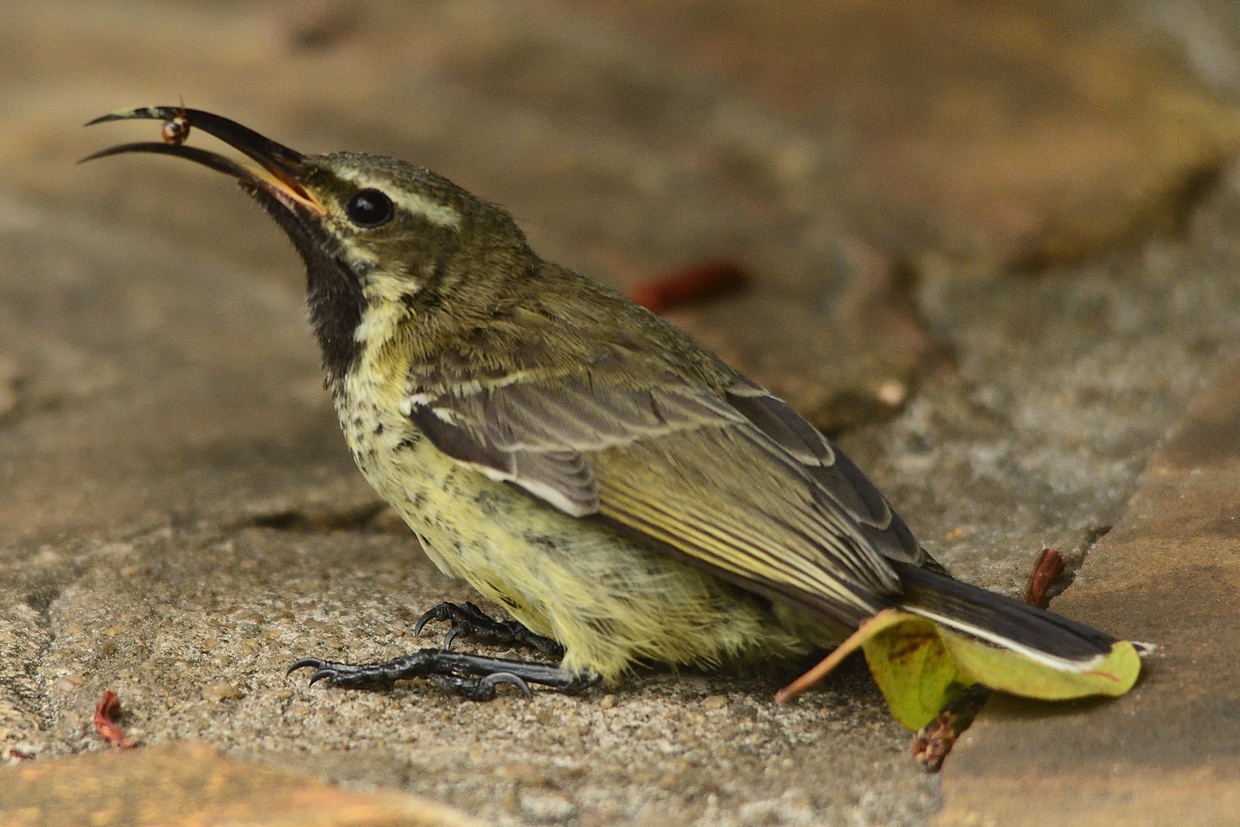 These photos, were fortuitously taken at Kijongo Bay Resort, by being in the right place at the right time.

Please bear in mind that this bird is only 10 cm from the tip of its beak to the end of its tail. This puts into perspective of the size of the spider!