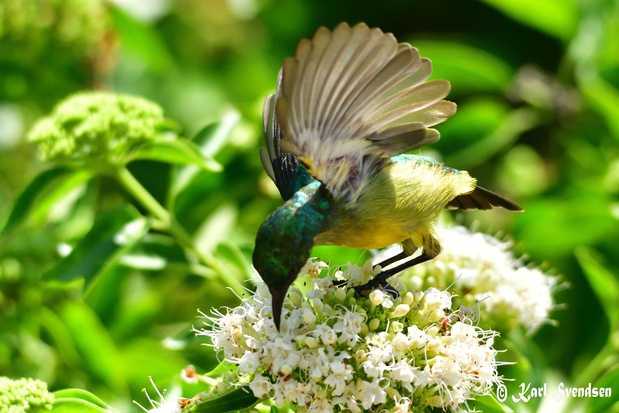 One of the outstanding features of Kijongo Bay Beach Resort is the profusion of sunbirds, drawn to the resort by the abundance of flowering trees and bushes in the gardens, surrounding the villas. The sunbirds can be heard chattering away from dawn to dusk, making a mixture of calls, varying from the dry raspy chirp of the Olive sunbird to a the seeu, seeu, seeu of the Collared sunbird.

However, it can sometimes be difficult to discern the different calls, between the sunbirds, due to the cacophony of their calls. 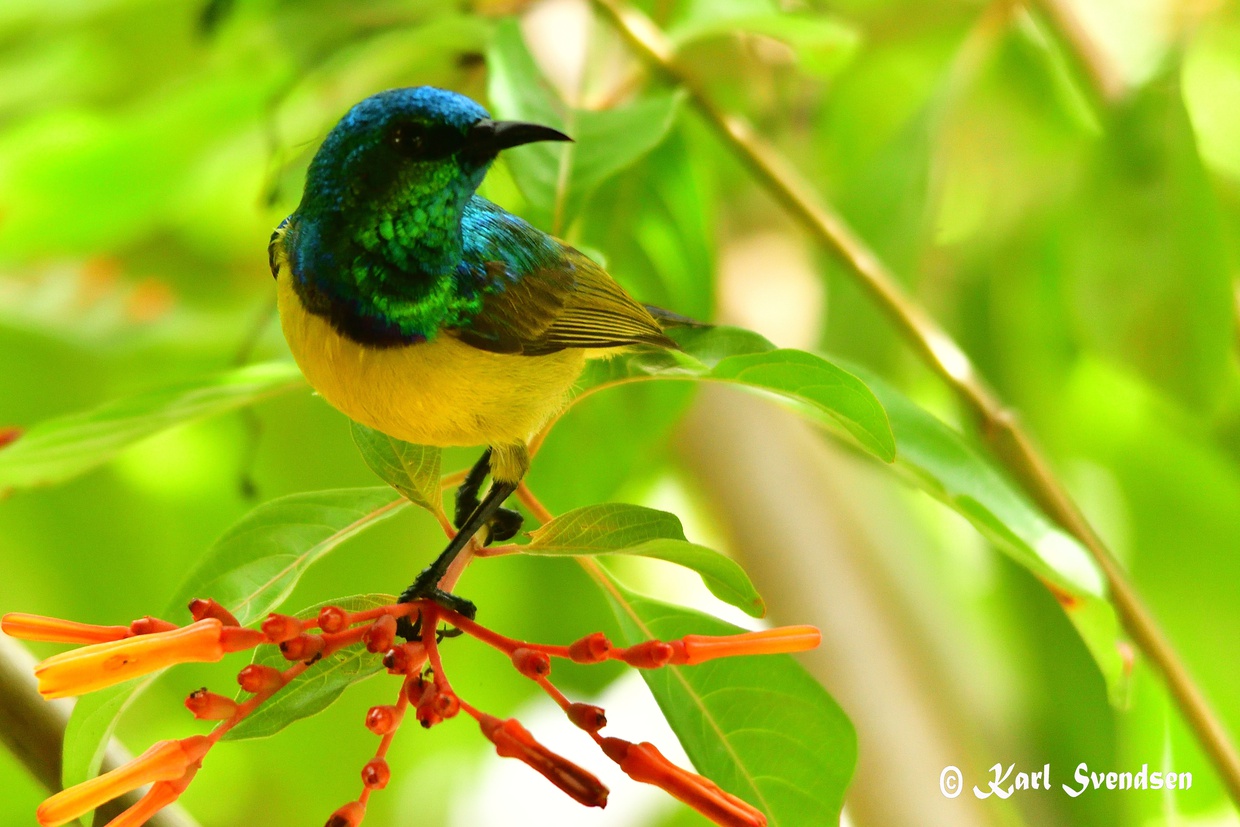 The sunbirds of Kijongo Bay Beach Resort are often seen flitting between the different flowering plants in the lush gardens.

So far, we have identified 4 different species of sunbird at Kijongo Bay Beach Resort, with 3 maybe’s still to be confirmed.

The following sunbirds have been identified at Kijongo; Collared sunbird, Scarlet- chested sunbird, Olive sunbird and the Amethyst sunbird.

We are working on additional confirmed sightings, to be able to say that we also have the following: Variable sunbirds, Purple-banded sunbirds and Mouse-coloured sunbirds. 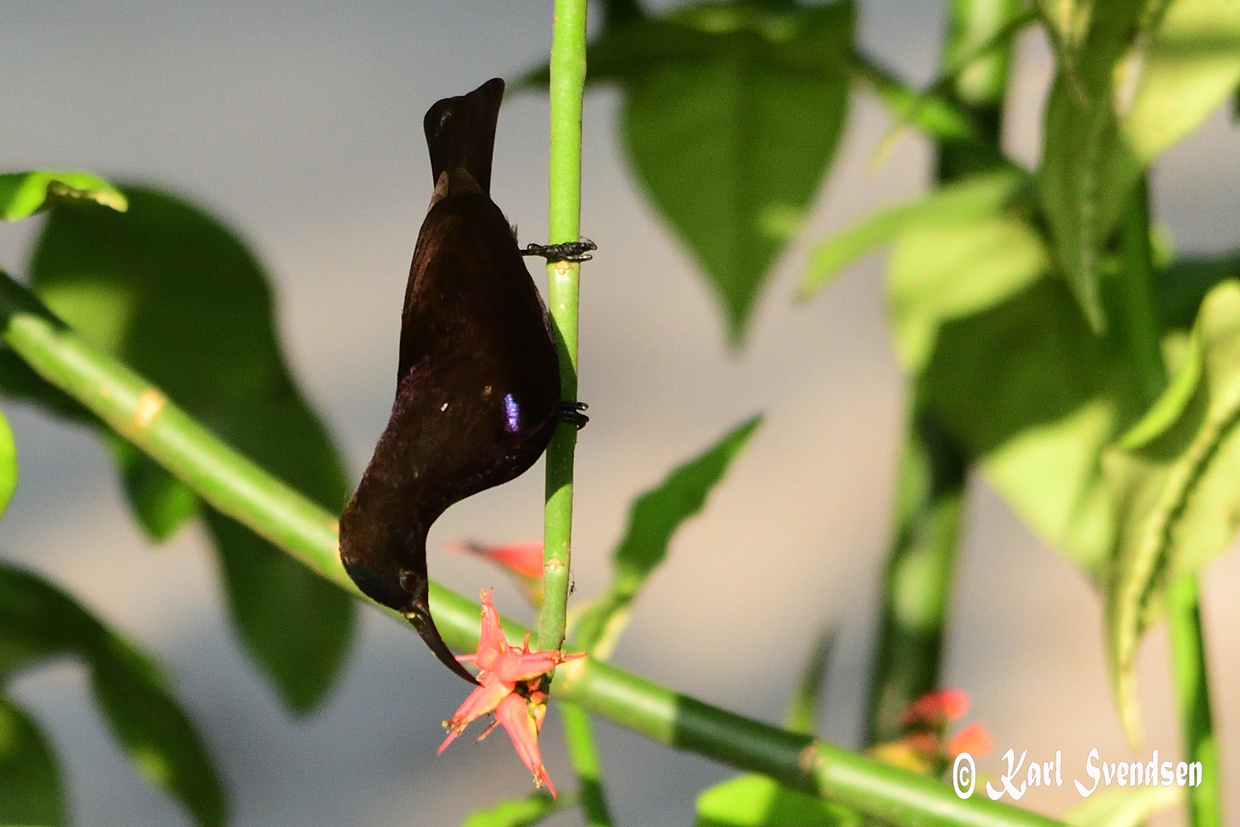 The male of many sunbird species, are normally a lot more brightly coloured, in comparison to their female counterparts, who are normally a drab olive-brown colour.

The sunbirds at Kijongo come in a variety of colours, from iridescent black, with an amethyst purple throat, such as the Amethyst sunbird, to the iridescent green back and upper breast, with a yellow vent of the Collared sunbird.

At the other end of the scale, the Olive sunbird, both male and female, lack any iridescence, and are a uniform olive colour, a lot like the females of most other sunbird species. 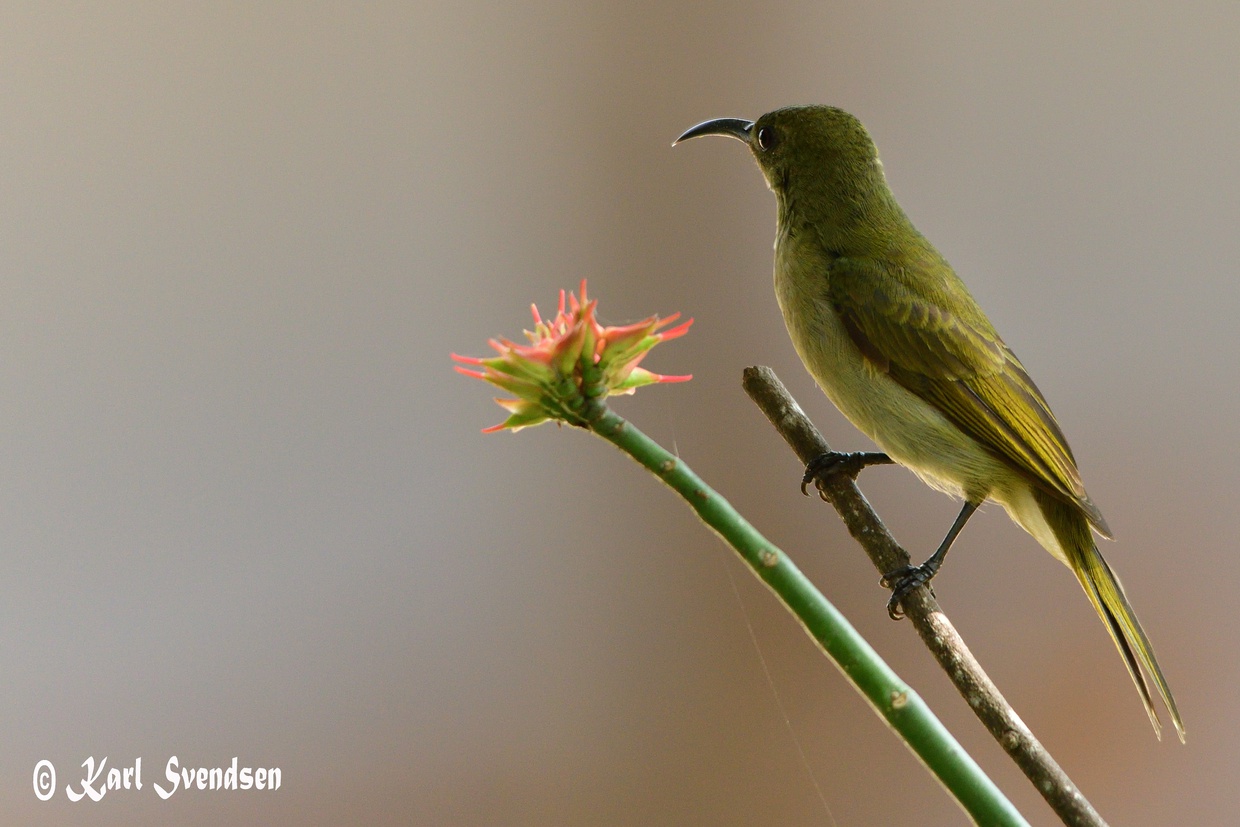 Drab colours of the Olive sunbird

The sunbirds found in and around Kijongo Bay Beach Resort vary in size between 10 and 15 cm in length. 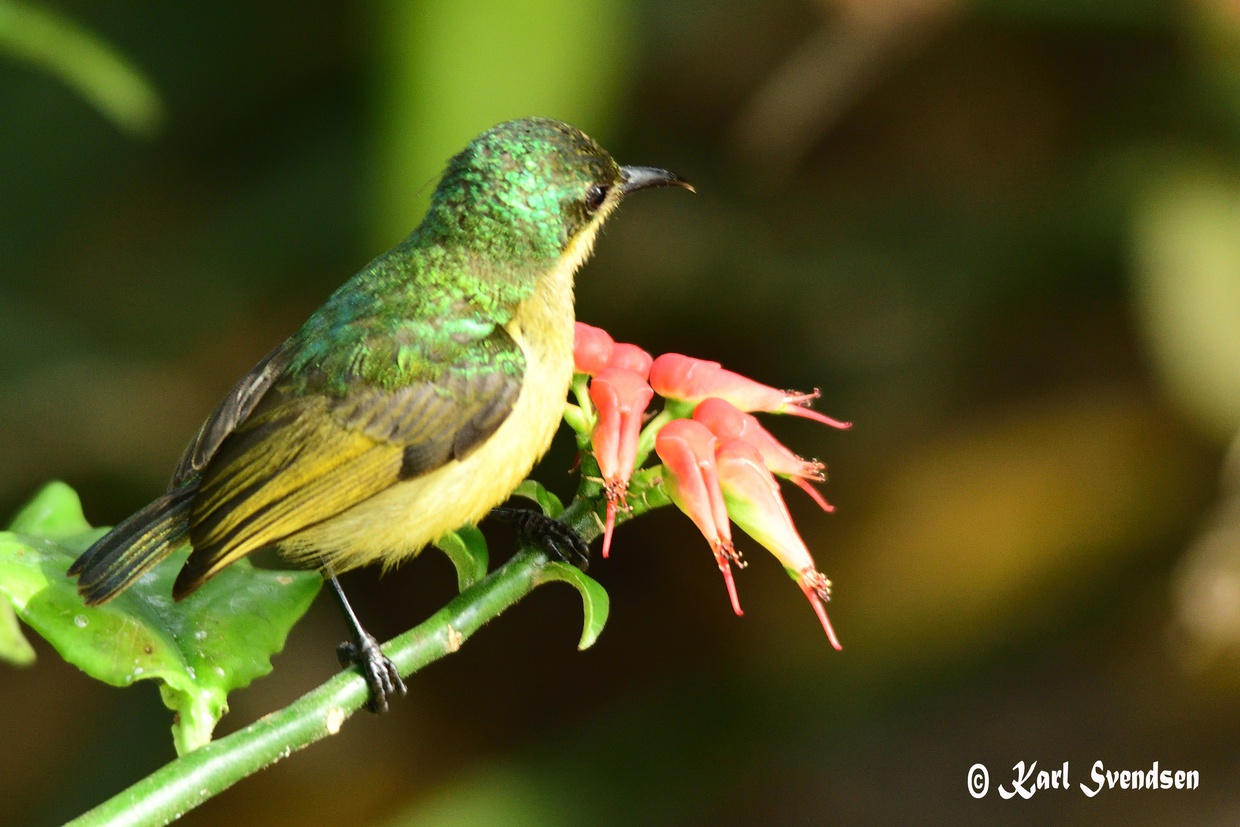 This type of feeding is vital to the pollination of a lot of plants.

Their diet is supplemented, on a smaller scale, with insects, spiders and the flesh of fruit and berries.

When feeding the young in the nest, the adults do catch a higher percentage of spiders and insects for their young. 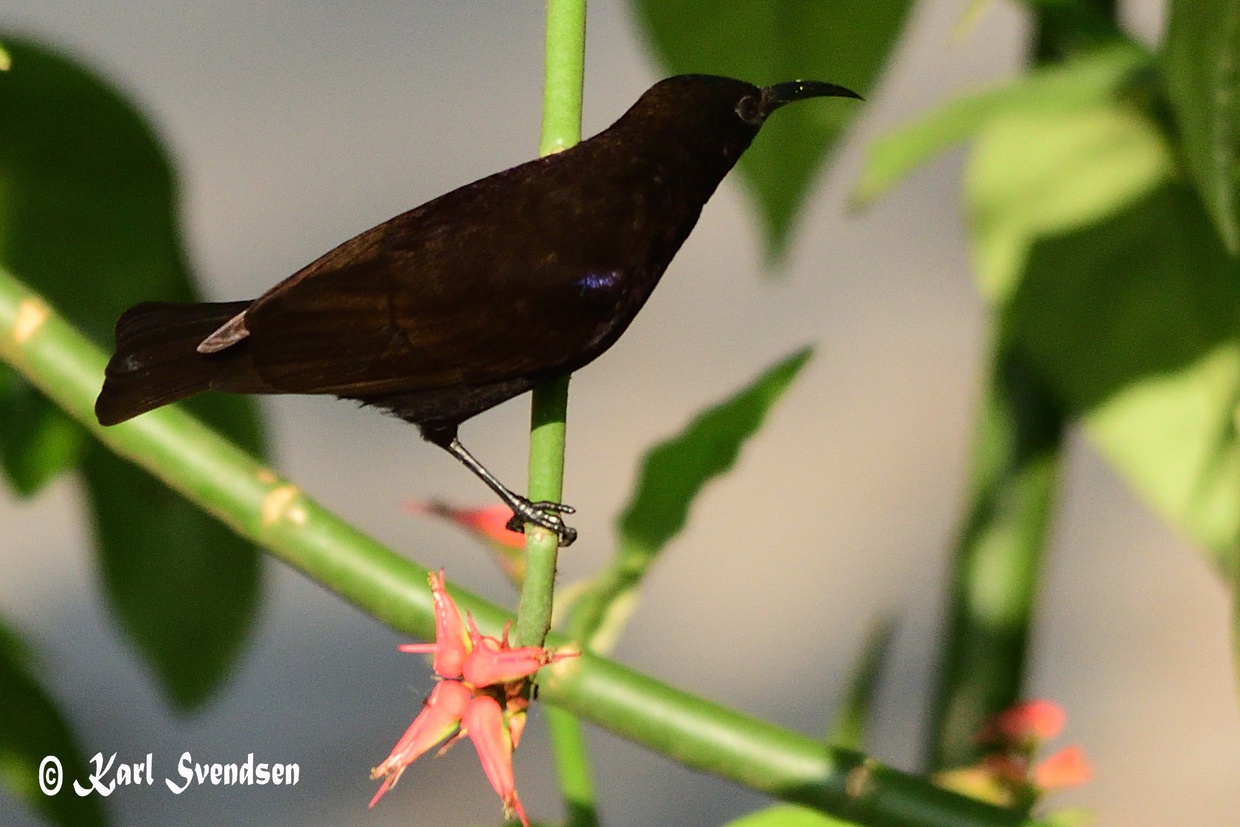 Generally, a purse shaped nest is built out of very small twigs and sticks, with a generous use of spider web to hold the nest together. This nest is enclosed with a short tunnel like entry, normally suspended from a thin branch. The nest is built by both sexes.

Between 2 and 3 eggs are laid, and then incubated by both sexes. The eggs take around 7 days to hatch and the chicks are fed by both parents for around 14 to 21 days, before leaving the nest.

Sunbird nests can be difficult to find, due to them being so well camouflaged.