Bee-eaters of Kijongo Bay and surrounds 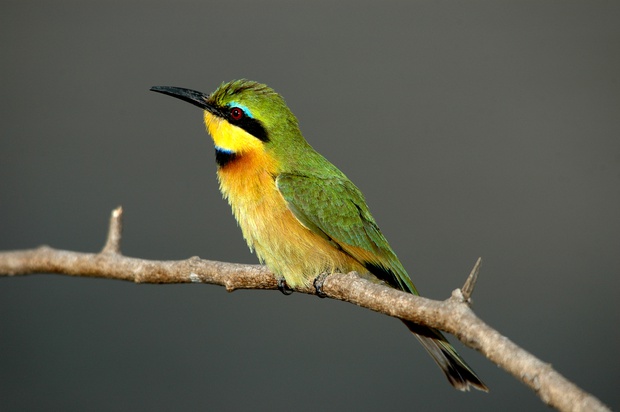 Bee-eaters are a vibrant species of bird that are found in a wide variety of terrains in Africa, Asia, Australia, New Guinea, and Southern Europe.

They are a very colourful bird with slender bodies, long wings and often have long central tail feathers.

The different types of bee-eaters found at Kijongo Bay Resort, are beautiful to observe, as they swoop across the pool, hawk from the bushes or are seen performing their skillful acrobatics as they hunt on the wing. 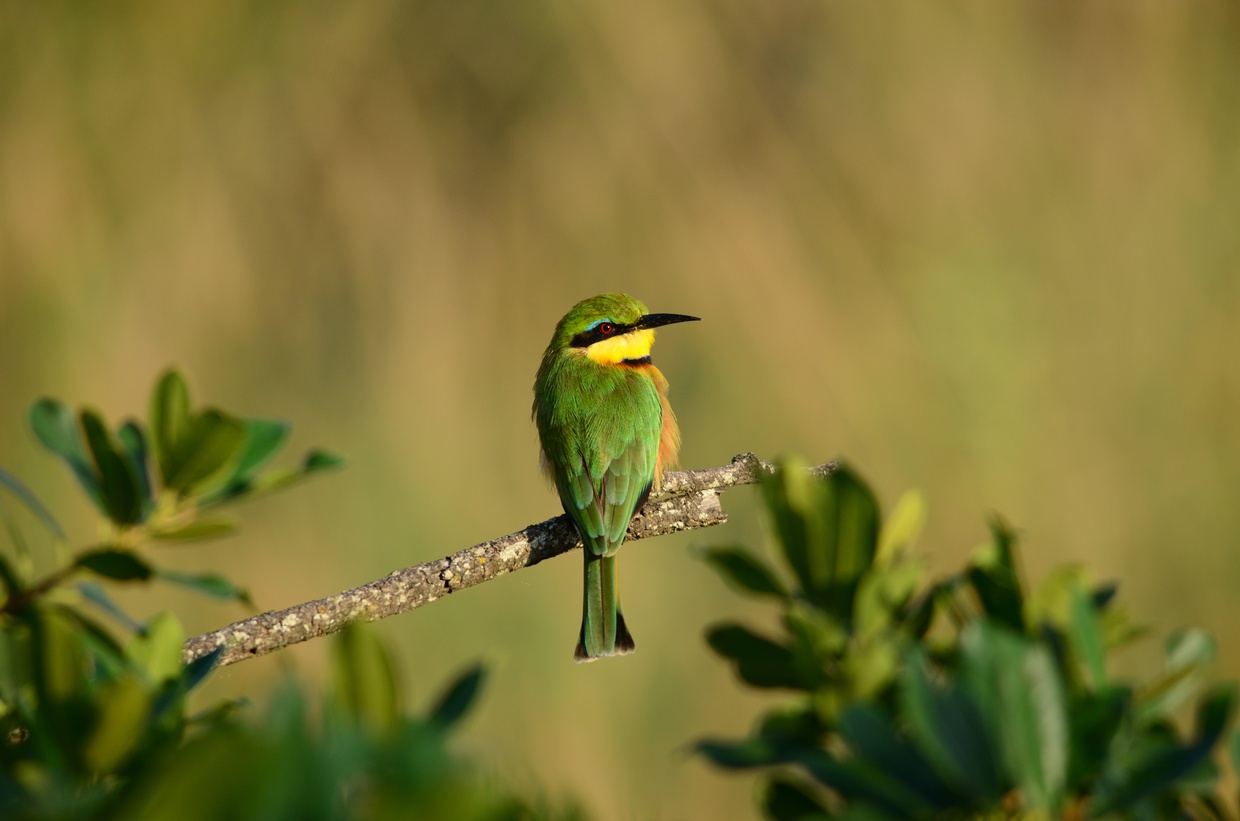 As their name suggests, bee-eaters eat a lot of bees, along with wasps and other flying insects. The insects are caught while flying, either by spending extended time on the wing and hunting, or waiting for something to fly past their perch, which is called hawking. Once caught, the bee-eater will return to its perch to rub the insect on a branch to remove the sting, then hit or rub the insect to stun it and remove some of the venom, before eating the insect whole. It has been estimated that some bee-eaters can spot a bee sized insect from over 50m away. 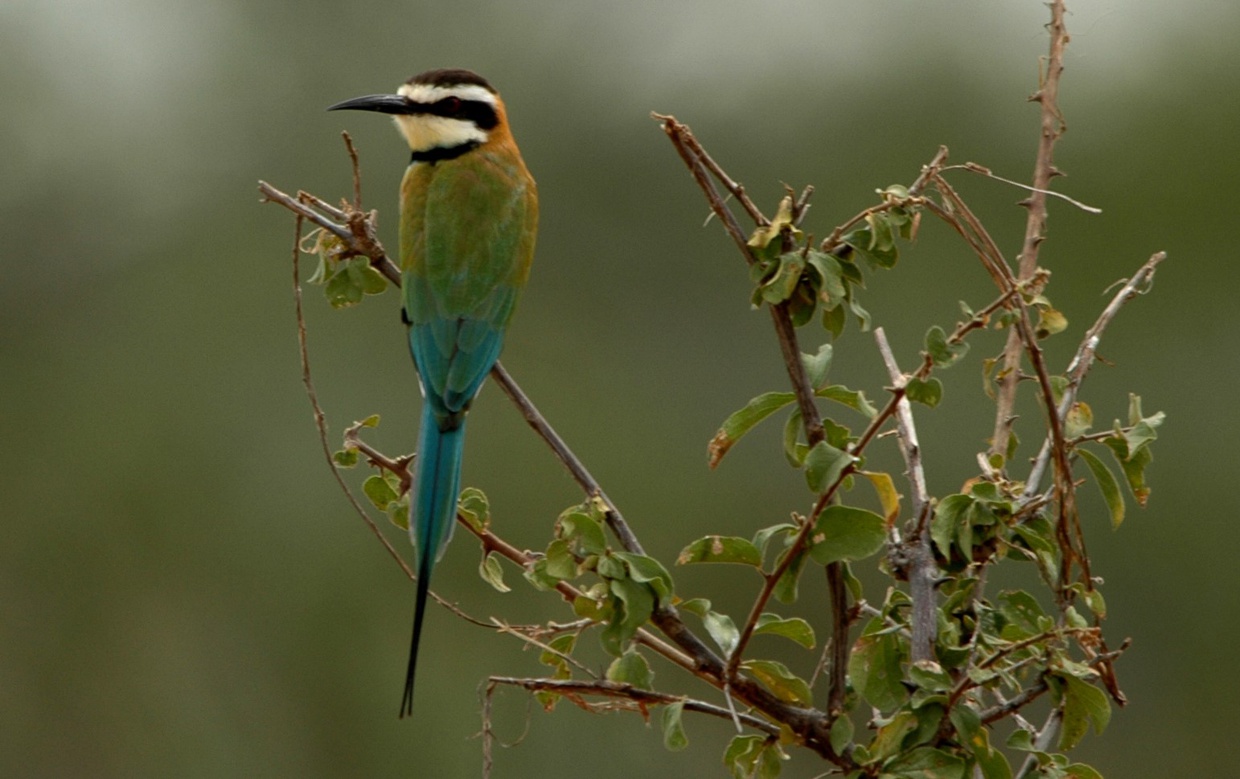 Carmine bee-eaters use a “mobile” perch for hunting. They will ride on the back of other animals, including bigger ground walking birds, then catch the insects that are disturbed by these animals.

When watching bee-eaters, it is an interesting feature that bee-eaters nearly almost return to the same perch when hunting.

Bee-eaters are diurnal, only active during the day. They are very social birds and are normally found in pairs. On cold mornings, they will sometimes roost in high numbers, so close that that they touch. Most species of bee-eaters are colonial during the breeding season. 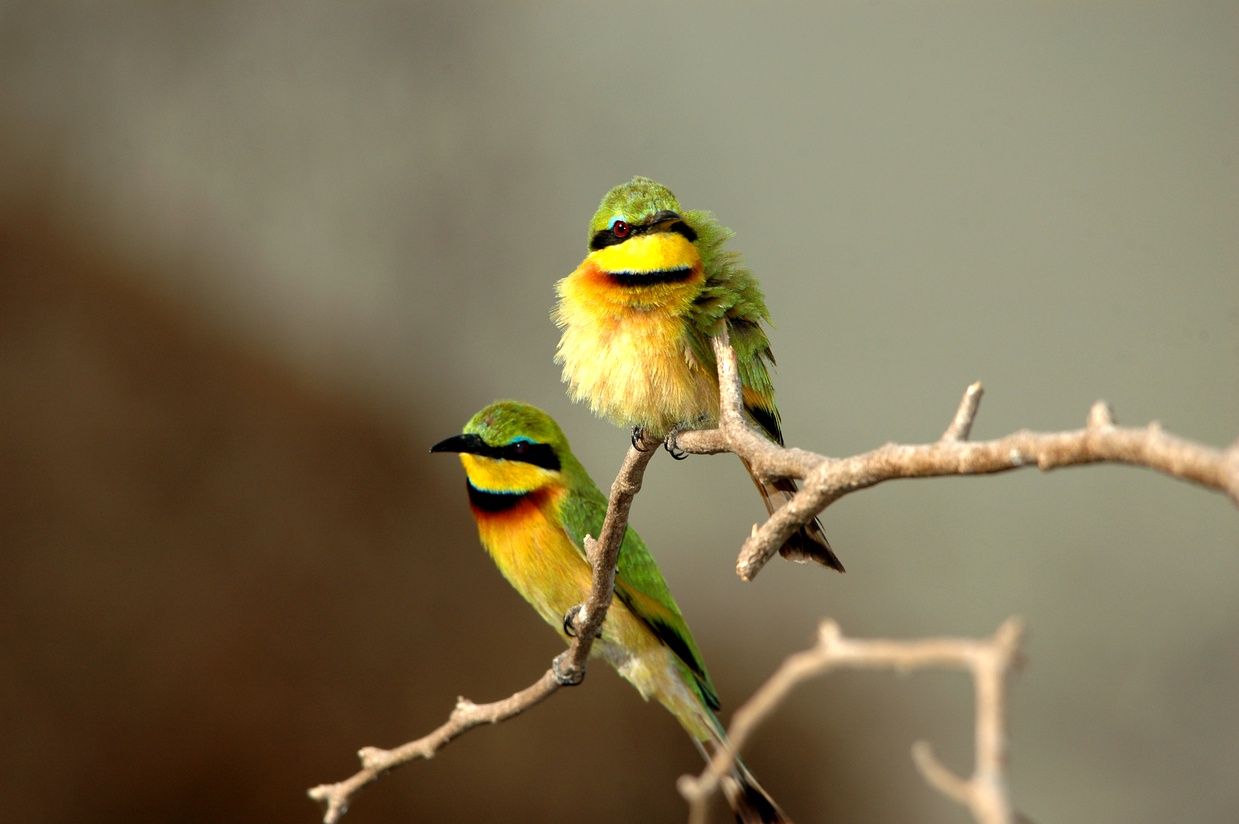 All bee-eaters nest in colonies, digging holes in banks of rivers and cliffs 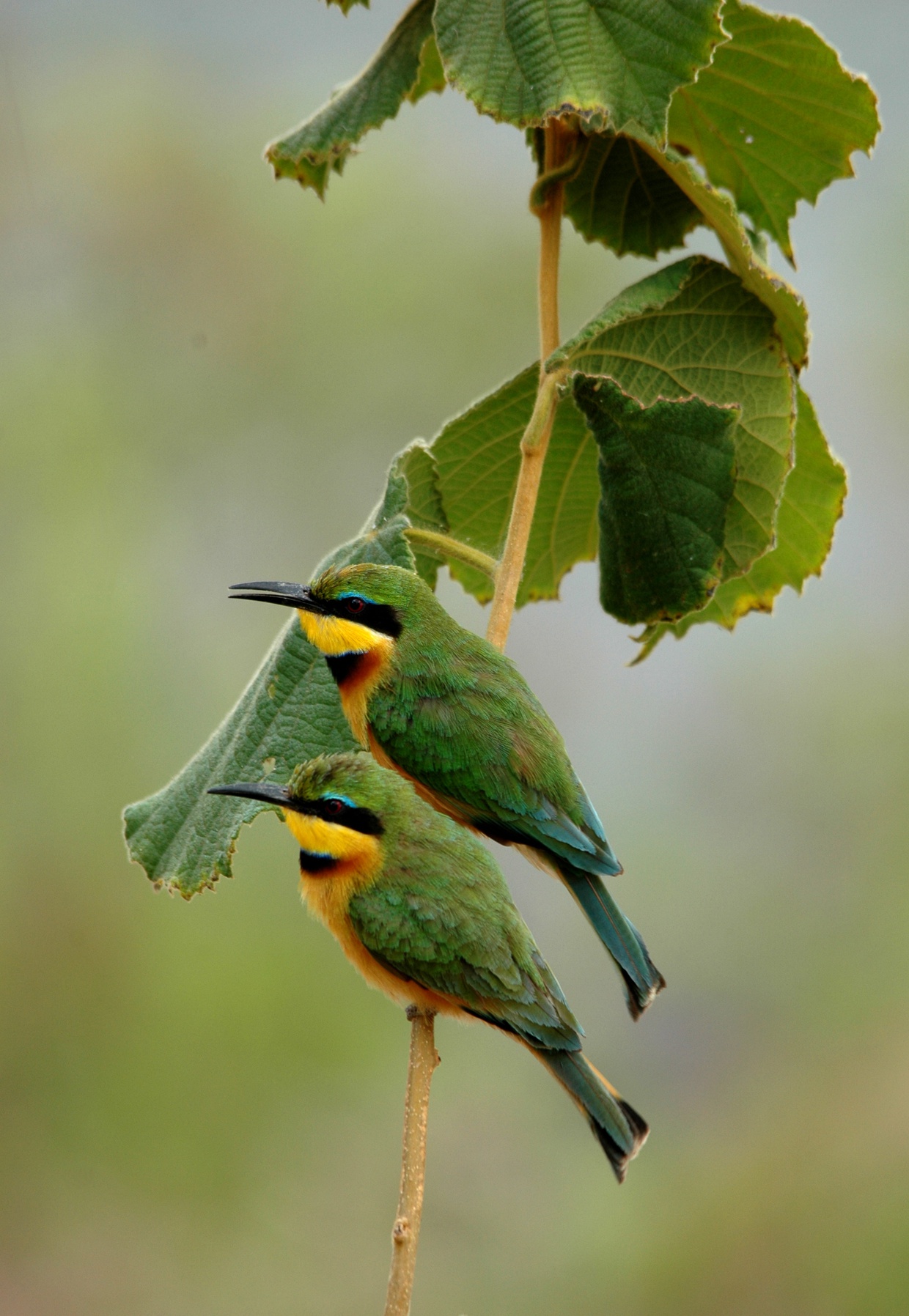 As the name says, this is the smallest bee-eater. This bee-eater is mostly green with a canary yellow throat, with a thin black neck line separating the throat with the buff coloured underparts.  A slight blue eye brow and neck strip makes this a very colourful bee-eater. 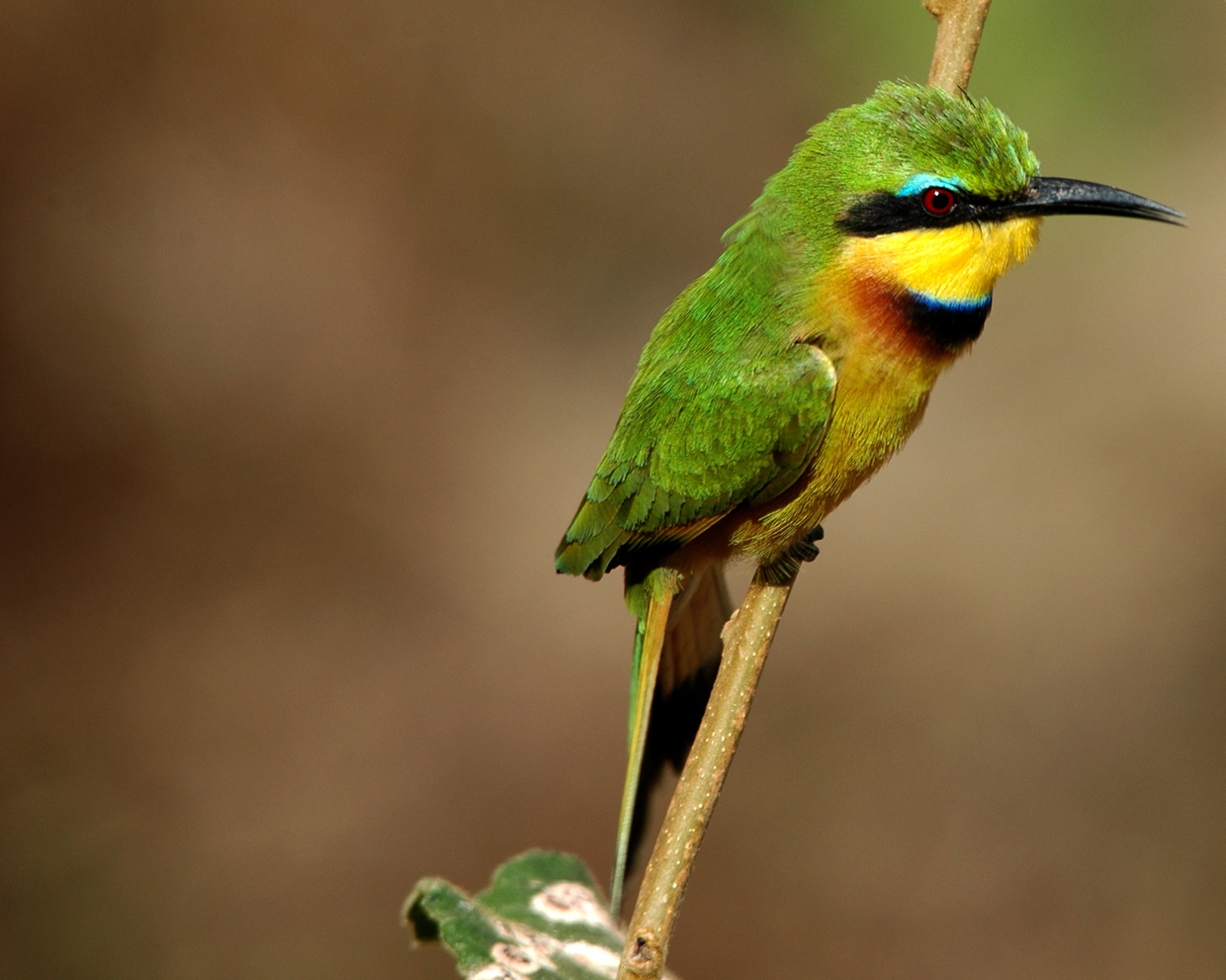 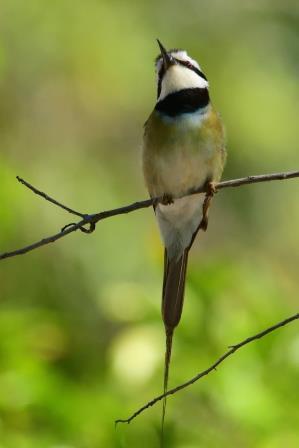 The white-throated bee-eater is an intra-African migrant, coming south to the Kijongo area between October and March. This bee-eater breeds in the southern Sahara and makes the migration to avoid the winter in the northern hemisphere.

The white-throated bee-eater is a pale blue green overall colour, with a prominent black and white head and throat pattern. It is a slender bee-eater with the male having a longer tail streamer. 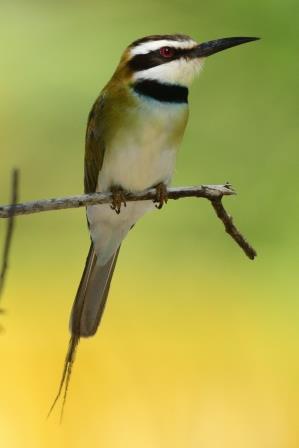 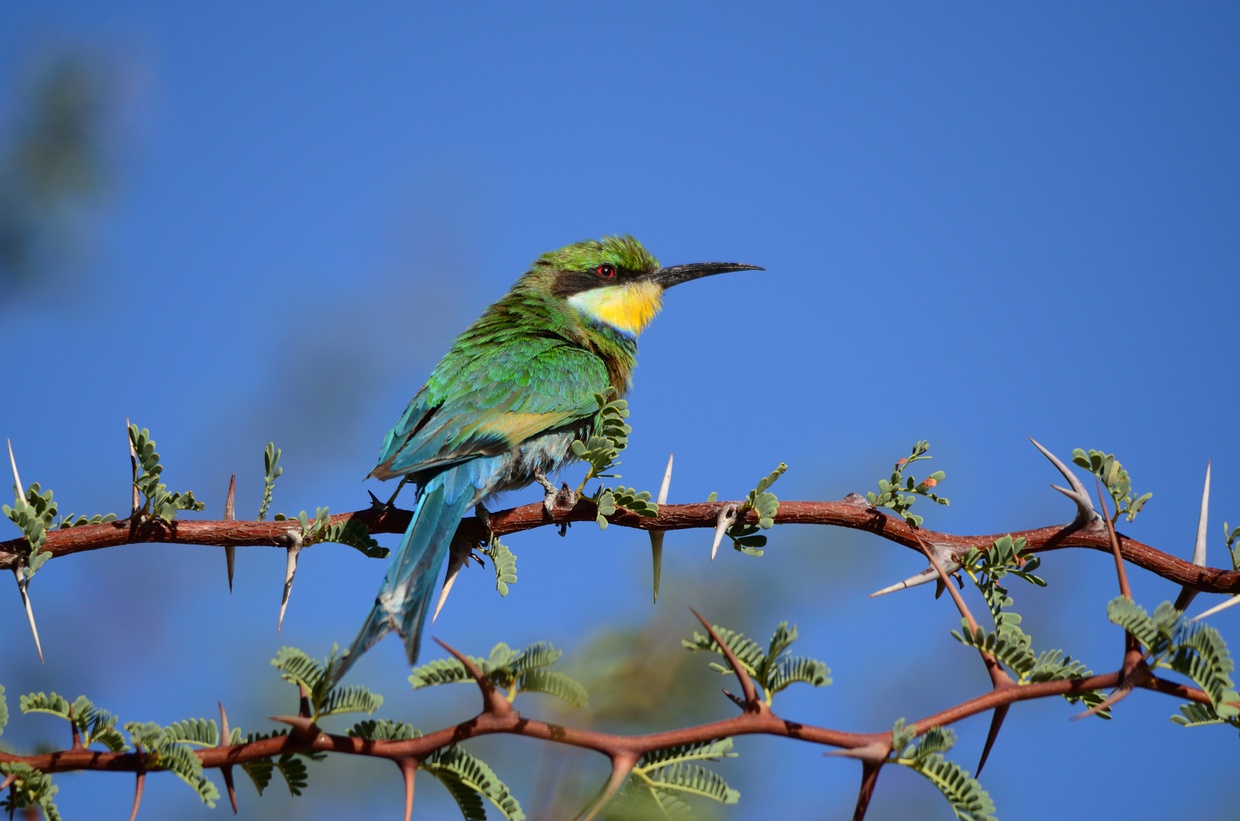 A blue-green bee-eater with a long forked blue tail. This bee-eater has a light blue throat strip and a yellow throat.

We sighted this bee-eater in Saadani National Park, so have included it here, as Kijongo Bay Resort surroundings. 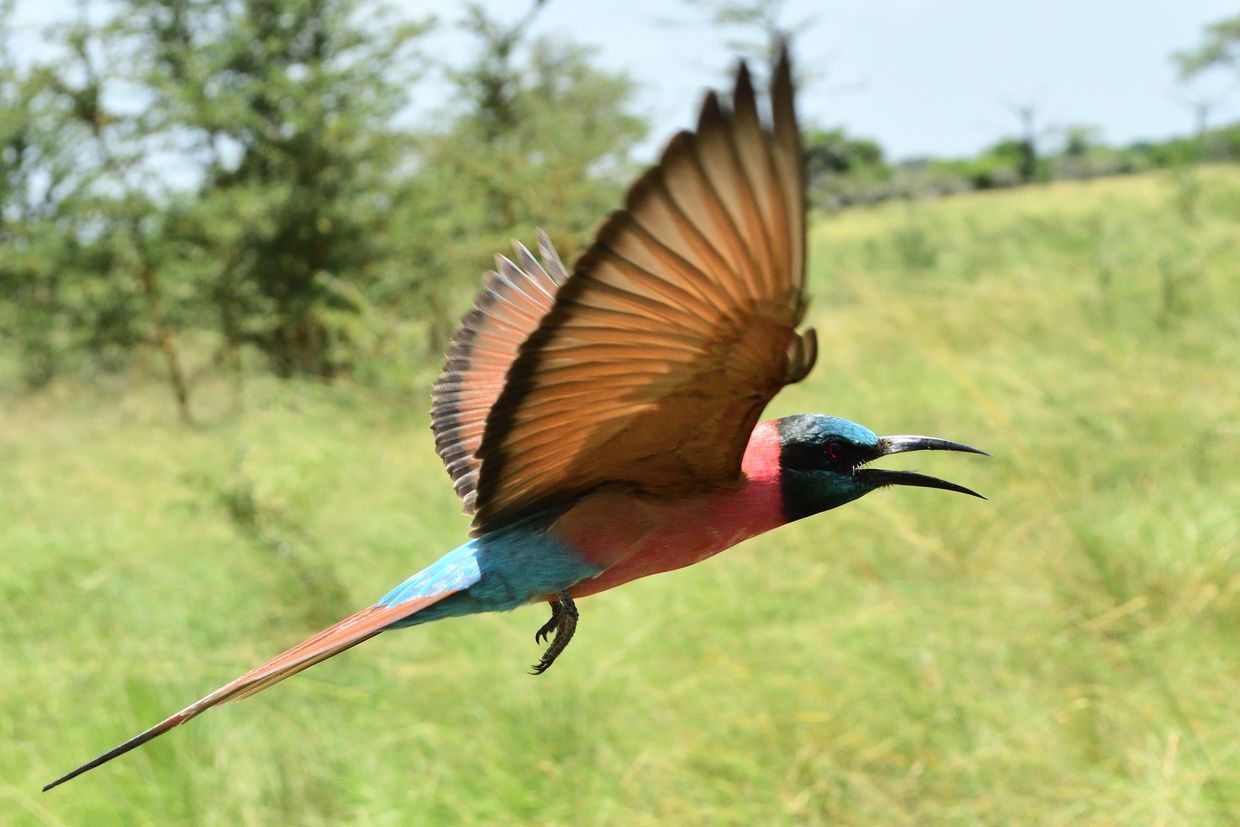 A larger bee-eater with a mostly carmine body, other than the greenish blue head and throat, with a black mask. This bee-eater has elongated central tail feathers. 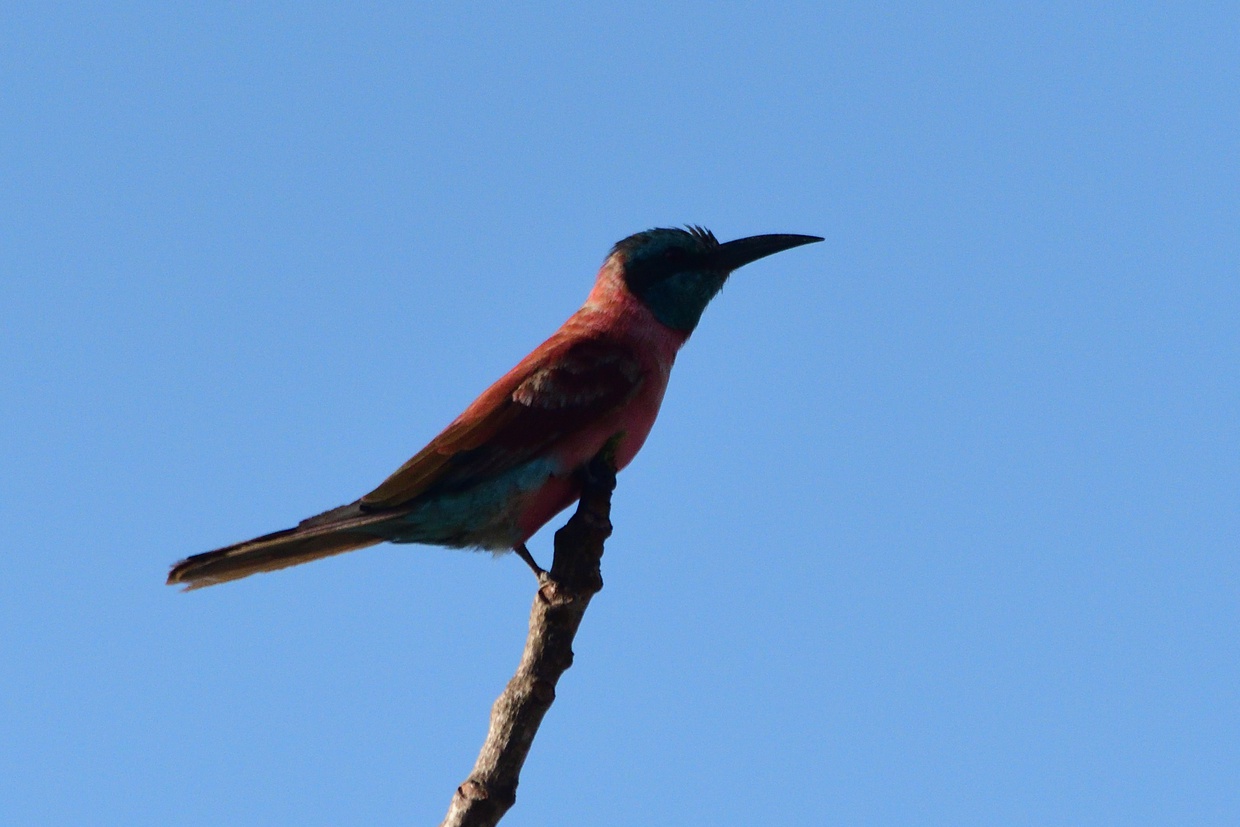 The northern carmine bee-eater is an intra-African migrant, coming south to the Kijongo area between November and March. 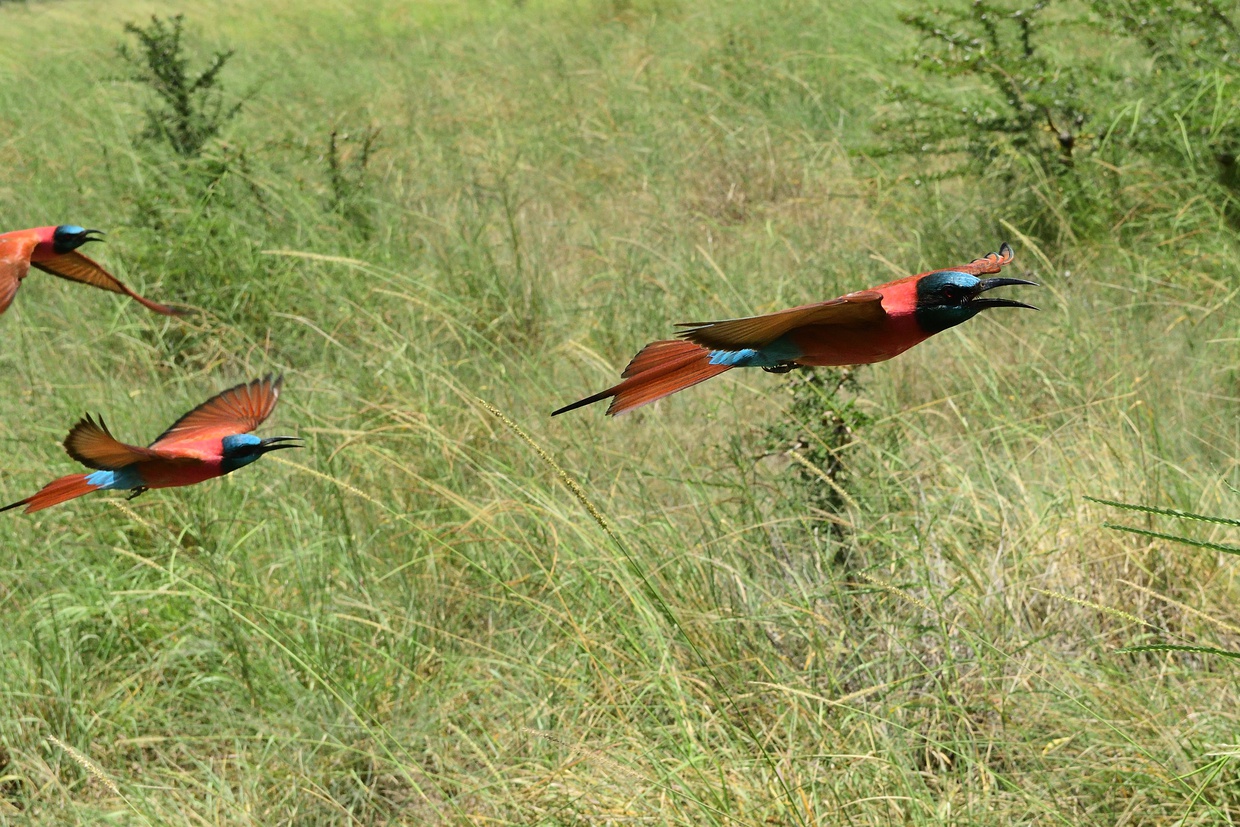