Posted by Sally on Mon August 23, 2021 in Green Turtle Happenings at Kijongo Bay.

If you turn back time, to around 110 million years ago, during the Cretaceous period, turtles had already begun to evolve.

And, since evolving, so long ago, turtles haven't changed much. 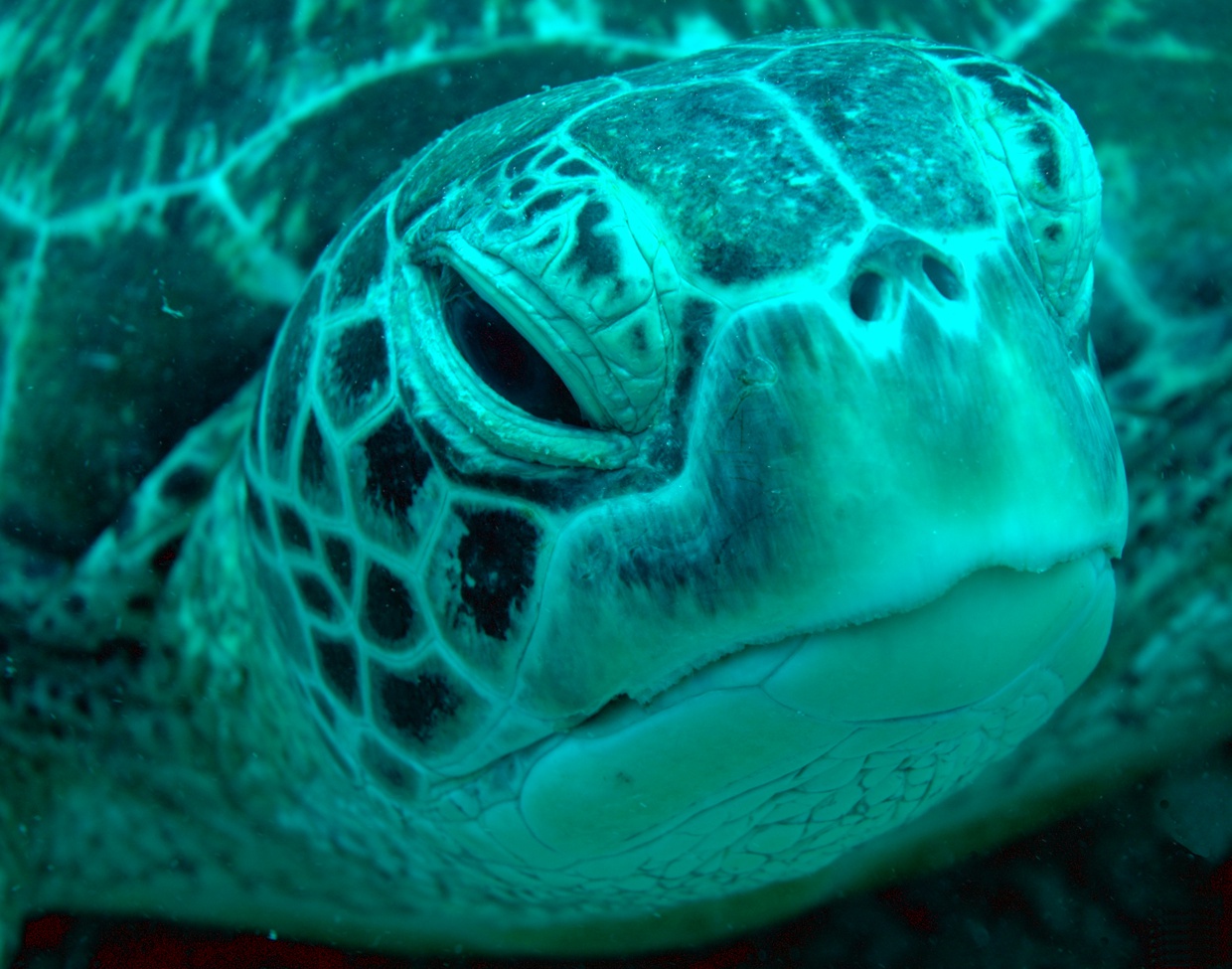 Imagine, if Sange Beach had a memory, what memories would it hold?

Sange Beach is embraced daily by the warmth of the Indian Ocean. Sometimes with a gentle hug, and other times with a violent rage, that stripes it of its sand; only to return this sand, months later, in another swelling embrace. Year in and year out the tides alter the shape of the landscape and the contours of the beach. Felling trees, revealing buried roots, and then retreating and leaving the whole beach bare. Depositing sand and raising the land. Sange Beach has experienced an endless procession of change.

Then, during a high tide, some 110 million years ago, there emerges a giant reptile from out of the ocean. This ponderous beast, weighing around 230Kg, burdened with a shell, laboriously drags herself up the sand to the high-water mark. Here she begins to create an indentation into the sand, using her front flippers. Once satisfied, she then uses her smaller back flippers to create a deep pit, into which she lays her precious eggs. The first Green Turtle nest has been prepared. Many such creatures copy her, and Sange Beach was awash with Green Turtle nests. 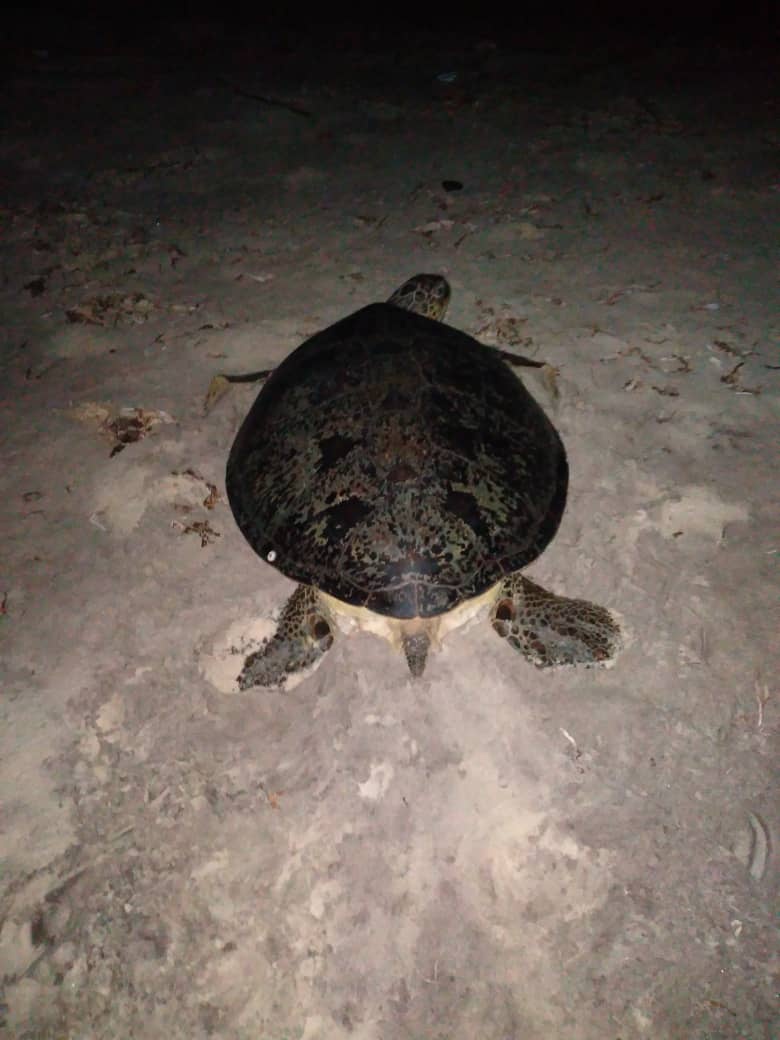 Fifty-five days later, the hatchlings begin to stir. It’s dark and safe in the nest. It was hard work breaking out of the soft-shelled egg, so, they take a day or two to reacclimatize before digging their way out of the sand to the open air. 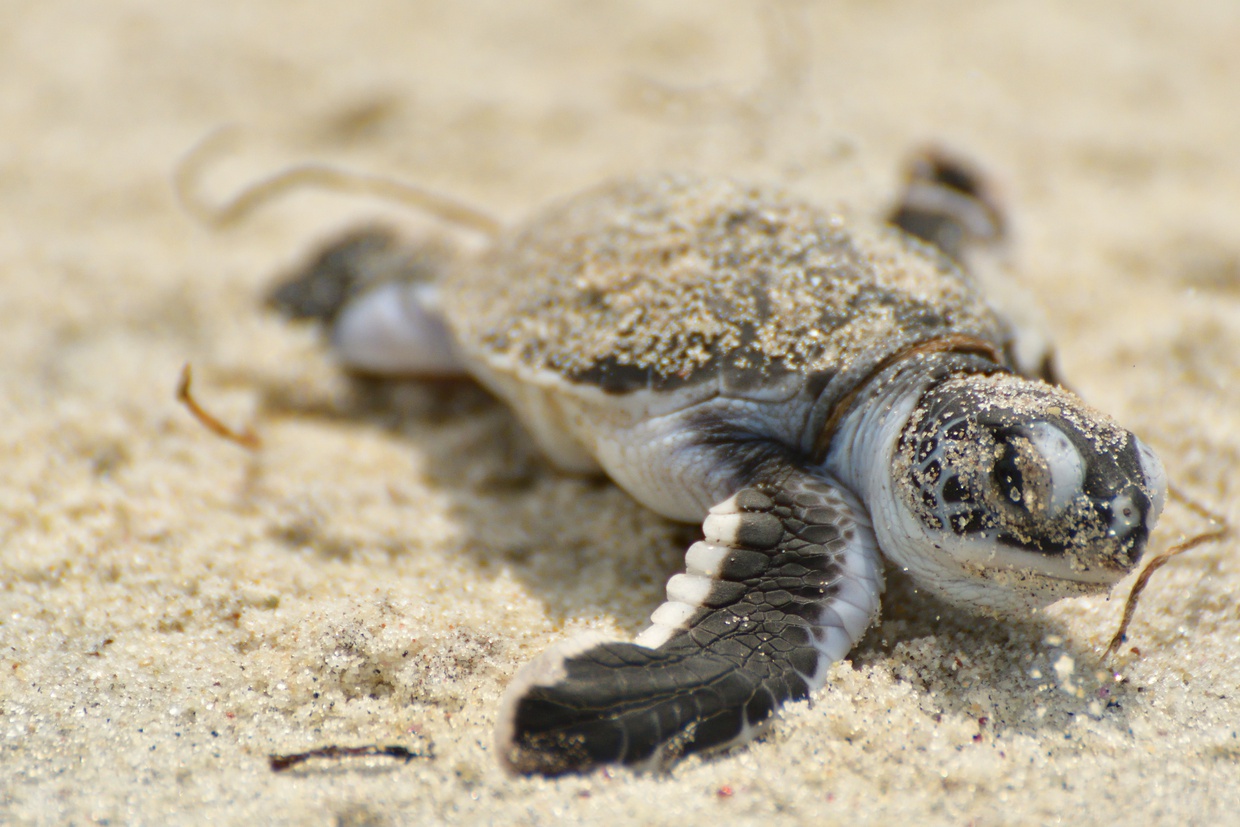 Hundreds of hatchlings emerge and run a gauntlet of danger, as they make their way into the oceans grasp. Even here there is no safety, as many aquatic creatures lurk below the surface looking for juicy morsels to pass their way. Diving birds perform aerial acrobatics, as they chase the hatchlings from above. But, there is safety in numbers, so en-mass the hatchlings proceed, taking their chances of catching a wave, which will lead them to the relative safety of the oceanic currents. 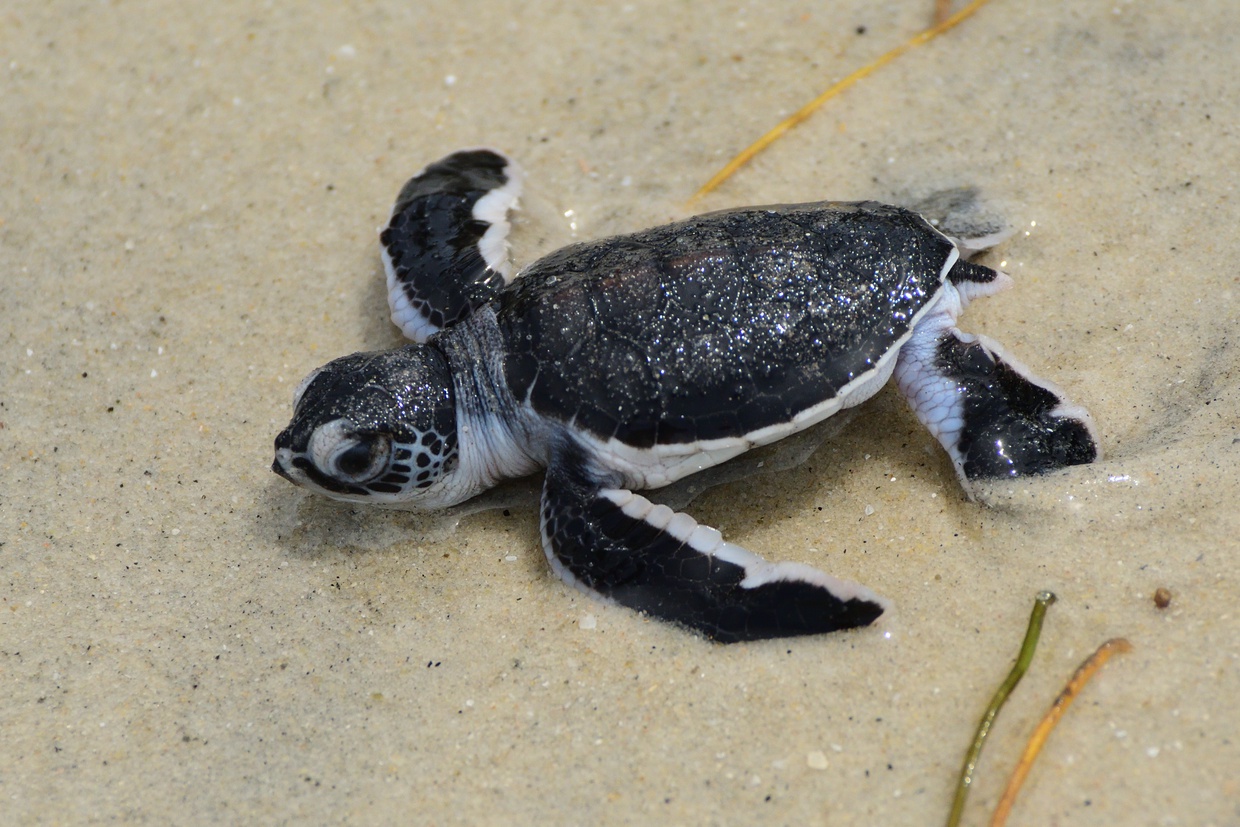 Riding the currents, for year after year, the Green Turtles feed on sea grass and seaweed, where they quickly grow, stronger and larger. Although they grow quickly, they are very late bloomers, and only become sexually mature after 20 to 50 years of age. 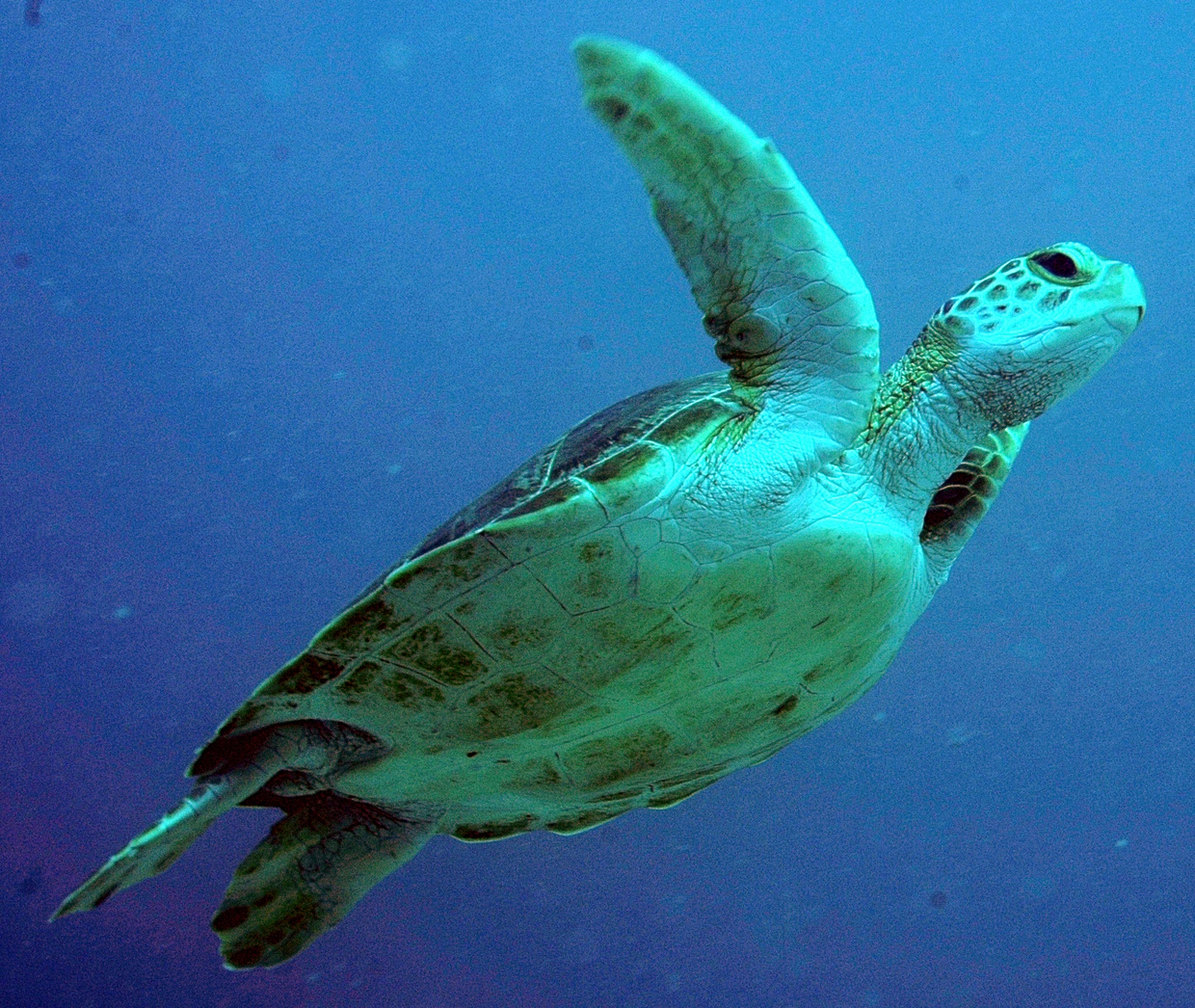 The turtle’s carapace has become well adapted to their marine environment. Their shell, is streamlined and smooth, which not only allows them to glide effortlessly in the water, but also provides protection and aids in buoyancy.

The Green Turtle’s front flippers become strong, fin shaped paddles, which they use to propel themselves forward. Their smaller rear flippers are used for steering, and in females, to dig an egg chamber.

The ocean water is salty, which means that the turtle ingests a large amount of salt, however a special gland has developed to secrete the salt. This gland is situated near the eye, and gives the appearance that the turtle is crying, when viewed on land.

At first glance, male and female Green Turtles look very similar, however, males have a longer tail and sharp claws on their front flippers, which they use to hold onto the females during mating.

Sexually mature females, unerringly find their way back to their birth beach when they are ready to breed. Sange Beach turtles often travel exceptionally long distances, some travelling from as far as the Seychelles and Comoros to return to the beach of their birth in Tanzania. 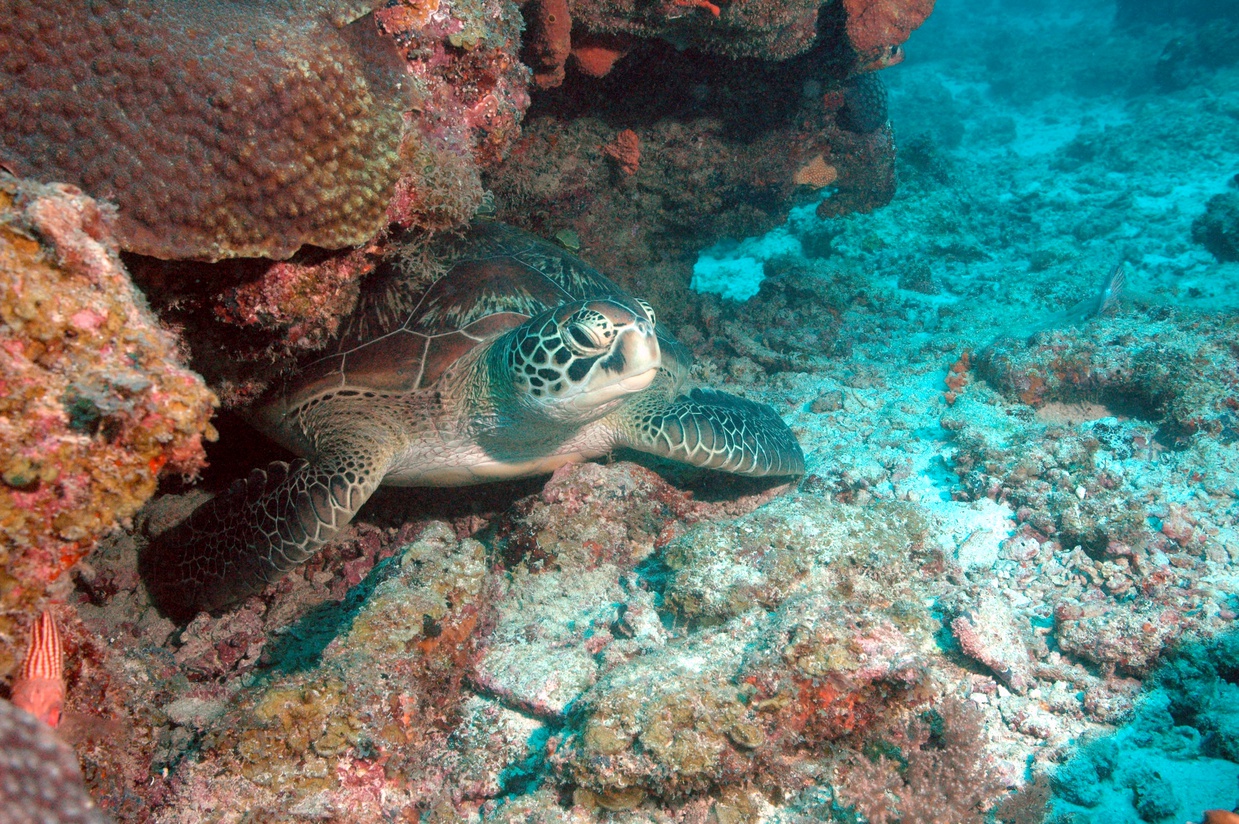 About two months or so after mating, a female turtle crawls out of the ocean, using her front flippers, and drags herself up the beach to make her nest and the cycle is once again repeated.

Sadly, over many centuries, the world has witnessed a decline of Green Turtle nesting. Green Turtles are under threat due to centuries of human exploitation, they have been used for oil, leather, and ornaments. More recently they are threatened by incidental capture in fishing nets, land and marine pollution and degradation of feeding areas. Unregulated coastal development also poses a significant threat to nesting beaches.

Fortunately, Sange Beach still has a population of returning Green Turtles, that come to nest. With the aid of SeaSense, Kijongo Bay Resort, volunteers to become custodians to any nest threatened on Sange beach and can record the marvel of new hatchlings, taking their chances, as they clamour to get to the ocean, and repeat their parents’ adventures. 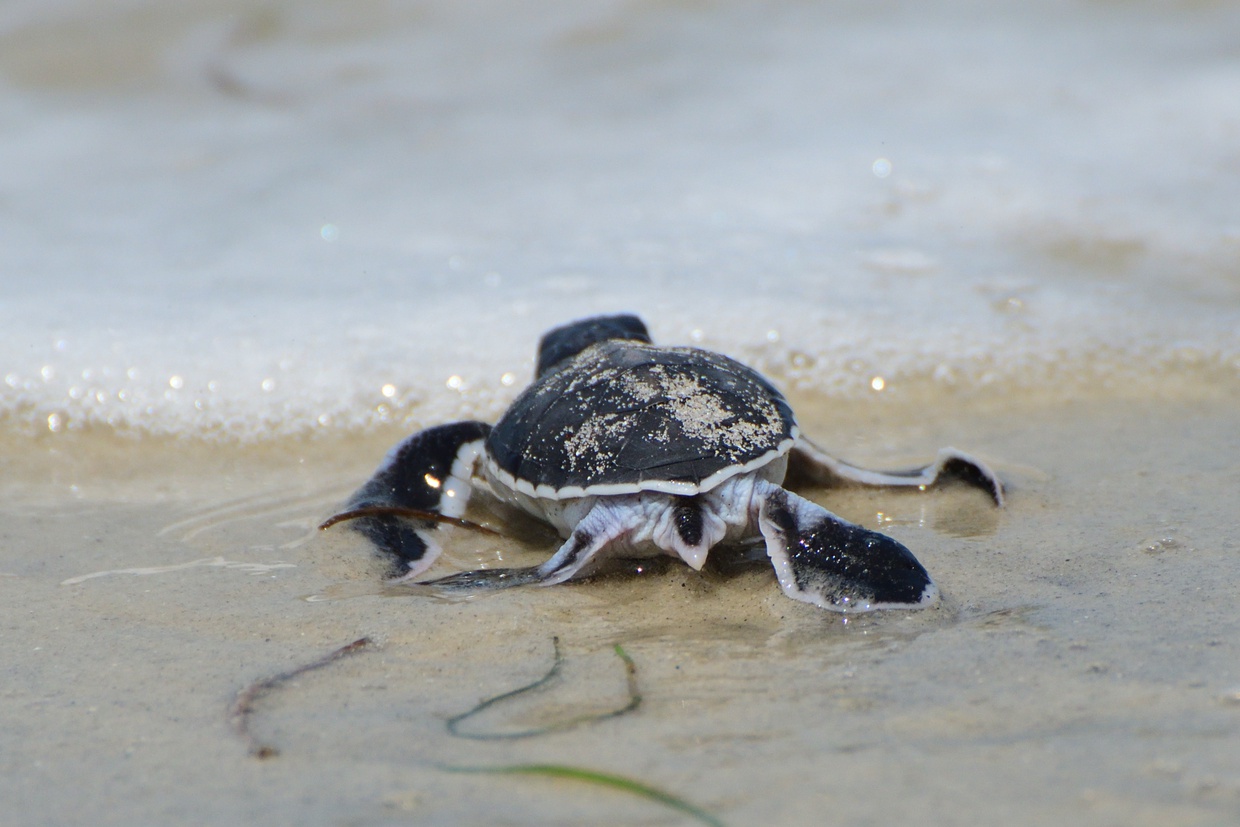 Did you know that of the seven species of marine turtle worldwide, five are found along the coastline of Tanzania, but only the Green and Hawksbill Turtles nest here? 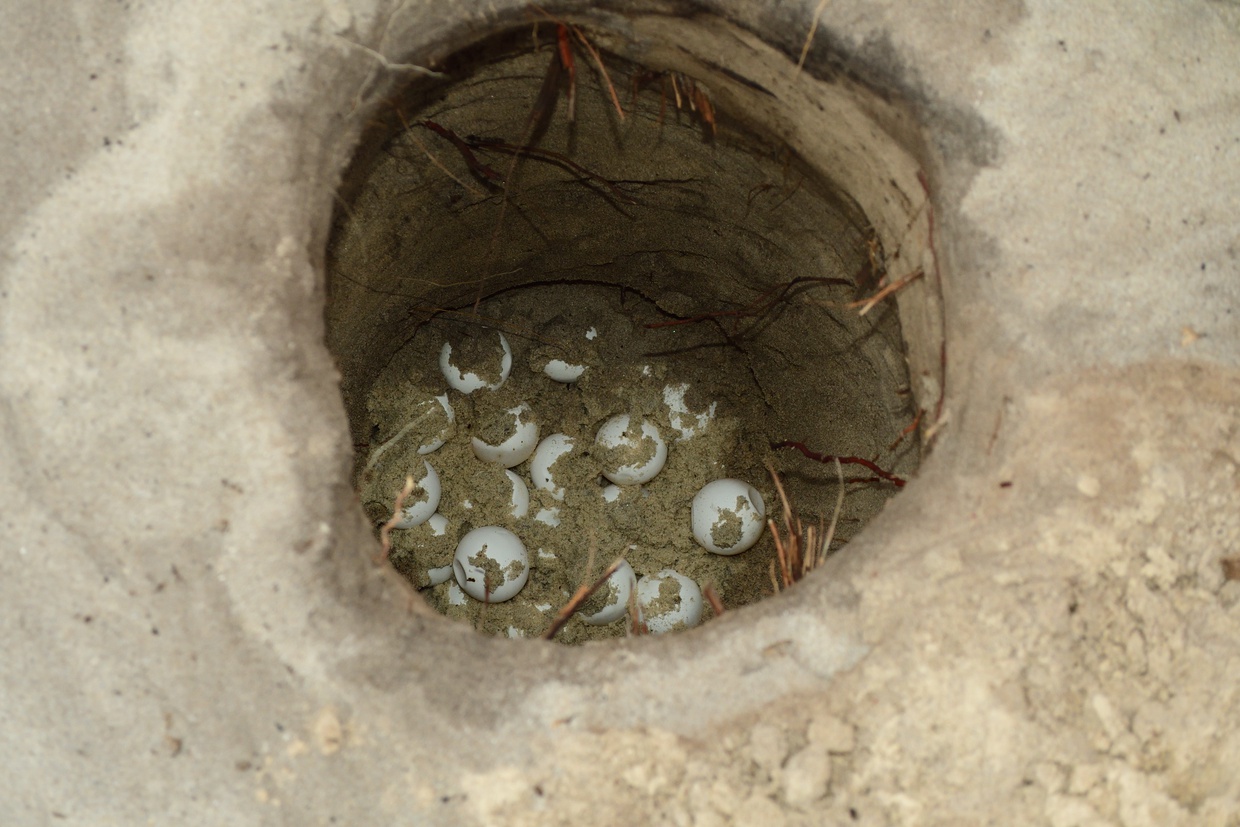 Where does the Green Turtle name come from? They get their name from the green-coloured stomach fat, which was historically used to make turtle soup.